Treats, beats and plenty to eat at the South West's best-tasting music festival 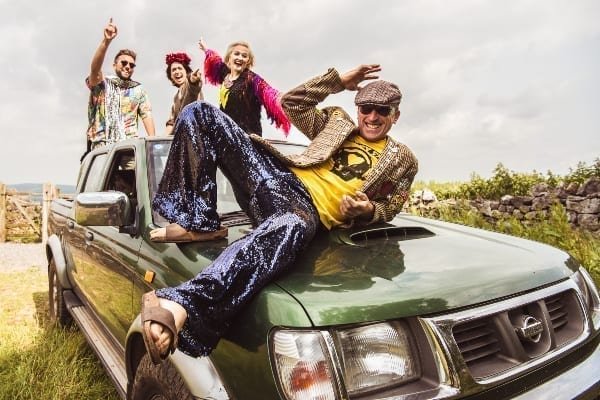 The festival (02-04 August 2019), which takes place alongside Chew Valley Lake, also showcases the region’s finest produce. From charcuterie to cheddars and ciders to sausages, it’s hedge-to-hedge Somerset style and sizzle.

The festival, now in its fifth year, has always helped people to have fun while also reducing their environmental impact. Held on an organic working farm, Valley Fest is committed to being as environmentally sustainable as possible.

As well as sourcing local food, sending no waste to landfill and banning single-use plastics, the festival programme is packed with talks on green topics. Among others there will be sessions on wildlife filmmaking by the producers of Our Planet; bee-friendly gardening and veganism – yes or no for the environment? An expert panel, including My Green Pod’s editor and co-founder Katie Hill, will discuss clean beauty and what it really means.

Valley Fest’s lineup has always included some big names as well as plenty of rising stars. This year Nubiyan Twist, Stealing Sheep, Henge, Dutty Moonshine Big Band, The Magic Numbers and Honeyfeet are on the bill.

Valley Fest has got a much bigger DJ lineup this year. Norman Jay MBE will be serving up some good times, Leftfield will perform a DJ set and masters of turntablism and musical innovation The Nextmen are playing, too. Expect some big boss tunes!

Consistently, Valley Fest’s biggest crowd-pleaser of all is the view. Part of the festival’s appeal is the lazy lakeside vibe, which will be amplified by artists such as Ishmael Ensemble and Three Cane Whale, whose debut album was chosen by Cerys Matthews as one of her Top Five Modern Folk Albums.

Each night the region’s culinary heroes and heroines will cook up feasts that can be booked in advance. Owner of the Michelin-starred Pony and Trap, Josh Eggleton, will join Rob Howell, head chef of Root (which recently won a Bib Gourmand award) at the helm on Saturday night.

Regionally sourced tapas will be served all day in tipis by The Monmouth Table, run by Annie Coplestone – of Moro, River Cottage and River Café fame – and Carlotta Paolieri.

The Artisan Market will be stuffed with goodies – expect treats, beats and plenty to eat! There will be workshops galore, cooking demonstrations plus more street food than you can shake a stick at. In short there will be something to tickle everyone’s taste buds.

Weleda will be on site to offer naturally pampering Skin Food facials, and yoga, massage, meditation, mindfulness, reiki and singing workshops will be available to help rejuvenate and refresh. There will also be talks on body confidence.

The event is perfect for food lovers, first-time festivalgoers and both young and maturing families. There are plenty of activities for everyone and no long treks across the site. Expect Somerset sparkle and plenty of nonsense with a spectacular soundtrack. This is West Country wildness at its best.

Tickets are £125 (plus booking fee) and can be bought in instalments to spread the payment here.