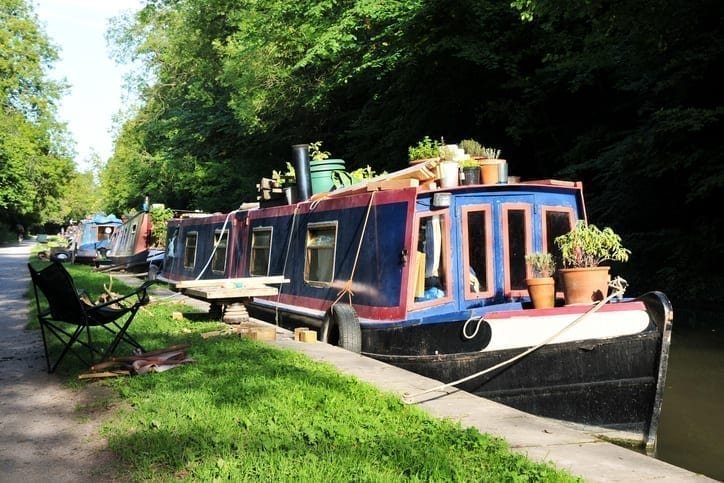 Canal & River Trust, the waterways and wellbeing charity that cares for 2,000 miles of canals and river navigations in England and Wales, has published research about the volume of plastics and litter found in its waterways.

The charity is urging communities to take action on their doorstep to make their local neighbourhood beautiful and help tackle the global plastics crisis – don’t drop it, pick it up and recycle it to help make the nation’s canals and rivers plastics free.

It says that if every visitor picked up and recycled just one piece of plastic each time they visit, the canals and rivers could be plastic free in a year.

Working with Coventry University, the charity has published a detailed analysis of the plastics and other litter found in its waterways.

The research, which reviewed data from 25 locations, found that plastics now account for 59% of waste found along its canals. It estimates that 570,000 items of plastic reach the world’s oceans each year via its waterways. With the help of local communities this figure could be drastically cut.

‘By taking a little care of their local waterway, everyone can have beauty on their doorstep. The Canal & River Trust is on a mission to eradicate plastics from our vast network of canals and rivers – helping us all to live in better, more beautiful neighbourhoods, whilst tackling a global issue, and making life better by water.’

Studies show that around 80% of the plastics and litter found in our oceans comes from inland waste that passes through water-courses around the world and out to sea.

‘Devastatingly, despite being vital green corridors in the nation’s towns and cities, our canals and rivers can inadvertently act as ‘plastics highways’, transporting rubbish from where we live out to sea’, says Peter Birch, national environmental policy advisor at Canal & River Trust.

‘Not only is this a huge problem for wildlife, which can be harmed, it also detracts from these special and important wellbeing places in our towns and cities. We believe everyone deserves – and can help create – beauty on their doorstep, and by taking action locally, they will also be helping tackle a global issue.’

Adopt a stretch of canal

Almost one in five people admit to dropping litter; with over four million people visiting canals and rivers every two weeks, a lot of this rubbish can end up in our waterways. The vast majority of the litter found along and in the canals each year is potentially recyclable or could be reused in creative and innovative ways.

The Trust is calling on every visitor to its waterways to make their own small contribution to help keep them clear of plastics, whether by picking up and recycling a piece each time they visit, joining the Trust’s growing band of volunteers or even adopting a short stretch of their local canal with friends, neighbours or colleagues.

‘We know that life is better by water and more people than ever appreciate the benefits of spending time alongside our waterways, right at the heart of thousands of communities across the country. Plastic- and litter-free canals are beautiful, inspiring places for people to enjoy, whether for everyday use or a one-off visit, whilst also being hugely important habitats for some of the nation’s much-loved and endangered species. Help us tackle a global issue by taking action on your doorstep today.’