We need a hero 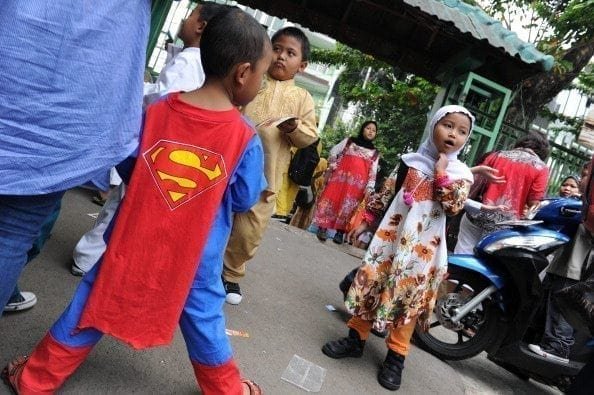 Over 25% say 'no one inspires them to protect the planet'

Sir David Attenborough’s landmark BBC TV series Planet Earth II, high-profile flooding across the UK and news coverage of air pollution in major cities are among the key events in 2016 that have made Brits more concerned about protecting the planet.

These findings – the results of a WWF poll of parents and children around the UK – highlight how specific events are galvanising the public into action on climate change.

But worryingly, the survey found that over a quarter (26.5%) of people admitted that no one inspires them to protect the planet – raising the question around what more we could be doing to take action on climate change.

According to the survey, the top 10 most inspirational public figures are:

Doing it for the kids

Over half the adults questioned (51.2%) believe not enough is being done to tackle climate change, with nearly a third (28.8%) saying climate change needs to be tackled on a governmental scale.

Around a third of parents (28.9%) report they would like to set a better example to their children, with over half of parents (57.8%) saying their children are the people who inspire them most to protect the planet.

WWF is running an Earth Hour Heroes competition to find environmental heroes who are doing great things to protect the environment.

To enter the Earth Hour Heroes competition, click here and describe, in 500 words or less, why the person deserves the award.

Shortlisted entries will be invited to attend an event at London’s Palace of Westminster on Tuesday 28 February, where a winner for each category will receive their award from triple-Olympic Gold Medalist, Andy Triggs Hodge OBE.

The winners will each receive a £1,000 prize to reward their Earth Hour Hero initiatives. The competition closes on 31 January at midnight.

Click here to find out more about Earth Hour Heroes and how to nominate.