‘What gets measured gets done’ 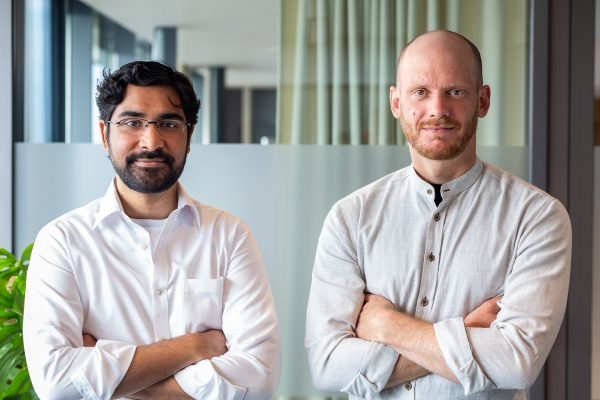 Progress is impossible without change. Two years since the first signs of the pandemic, the world has changed significantly.

Without underestimating the destruction it has left behind, there was a silver lining to putting humanity on lockdown and the global economy on pause for a moment.

Headlines flooded in about the environmental benefits of giving the planet a break: the Himalayas were visible for the first time in 30 years; the water in Venice canals turned crystal clear and there was a 40-50% air quality improvement after just four days of lockdown.

The positive effects of stopping our economic activities were so obvious that the damage caused by business as usual was undeniable, and the grand shift in the global mindset began.

Rewind to 12 February 2020, Amsterdam: Mike van Wijhe and Hatim Baheranwala, two total strangers at the time, were introduced by a mutual acquaintance who had the fortunate hunch that the two could be of value to each other.

After several meetings the pair quickly realised that they worked incredibly well together; they also recognised that smart, driven, entrepreneurial people were needed to tackle the serious environmental and social problems that had never been so exposed or obvious.

Despite very different personalities and cultural backgrounds, Hatim and Mike saw that their skills and experience were extremely complementary, and that their view of the world, its issues and what had to be done was very similar. After a quick creative brainstorm, Treety was born.

Mike and Hatim identified that it’s not businesses that are necessarily to blame, but the system in which they are functioning and how success is defined within that system.

‘The way that we are reporting and rewarding business performance is all wrong’, Hatim explains, ‘because the KPIs and metrics that we are using are purely financial.’

Treety addresses this problem; it’s a platform and a solution that helps businesses and organisations to measure success by integrating measurability through metrics and KPIs based on environmental and social indicators, and providing the reporting and communication tools to share that performance with stakeholders.

‘After an intense initial period of building, validating, tweaking and exploring the market and different sectors, we soon had a first version live and found many allies in the process’, Mike tells us. ‘One of the first of those friends in the space was My Green Pod.’

Just over a year down the road, Treety is now helping clients and partners – ranging from Google to impact investment funds – to help measure and report positive impacts, using standards such as the UN Sustainable Development Goals, and measure and minimise negative impacts through regulatory standards.

‘Our current focus is on tackling the investment sector, as it’s one of the first areas to which EU regulation will be applied’, says Hatim. ‘There is a real need there and an opportunity to make a huge difference by helping these organisations and their portfolio companies to measure and report their impact.’

The ultimate goal at Treety is to provide these tools to all businesses, and realise a vision where the entire economic system is measuring success primarily through the lens of sustainability – with profit simply a byproduct.

Treety and other warriors in this space, such as Wherefrom, are on a mission to bring together the brightest minds to drive the change that is needed, and share learnings and ideas during COP26 and beyond.

‘To end with a famous quote’, says Mike: ‘what get’s measured gets done. If every business in the world is measuring their performance by its impact on the planet and the people on it, and their success is defined by positivity, Treety’s job will be done.’