Why Rudolph’s always on time

Even if it has been dark for months, Rudolph always knows when it’s Christmas Eve 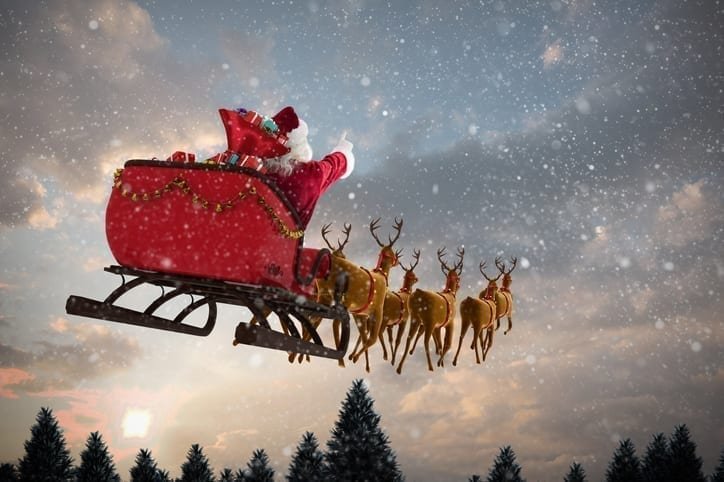 In a new paper published in Scientific Reports, an international collaboration of scientists have shown that even in 24 hours of light or darkness, Svalbard reindeer maintain a 24-hour clock.

It was previously believed that reindeer would switch into a free-running mode with no 24-hour clock in periods of sustained light or darkness. By measuring the heart rate, body temperature and activity of reindeer, the research team have demonstrated that Santa’s helpers do in fact maintain a circadian rhythm throughout the year, though this is weakest when new forage is most plentiful in mid-June to mid-August.

They also discovered profound seasonal changes in heart rate and temperature, with a peak in the short summer growing season allowing reindeer to eat as much as possible while food is plentiful. This difference between seasons can be viewed as part of their incredible adaptation to the harsh living conditions in the High Arctic.

Survival in a warming climate

Professor Steve Albon, honorary research fellow of the James Hutton Institute and co-author of the study, commented: ‘This study is part of a long-term research project which has monitored individual reindeer in this population since 1995, to understand how well they survive in the rapidly warming climate.’

‘Because of how the circadian rhythm is maintained by the night/day cycle, there has been considerable interest in what happens in 24 hours of total darkness during the Polar Night or 24 hours of light from the Midnight Sun’, Professor Albon explained. ‘How polar animals cope with such extremes and recover from seasonal starvation is fascinating, especially given the impacts of rapid climate change in the Arctic.’

While climate warming leads to more forage in summer and potentially heavier individuals in the autumn, warming in winter leads to more rain-on-snow events and ice-locked pastures which cause starvation. There is concern that this may be the reason for the decline in numbers in some populations of caribou and reindeer.

Reindeer are an integral part of life for inhabitants of Arctic regions, and essential for the provision of transport and food. They are one of the few species that can provide animal protein to people living in the far north.