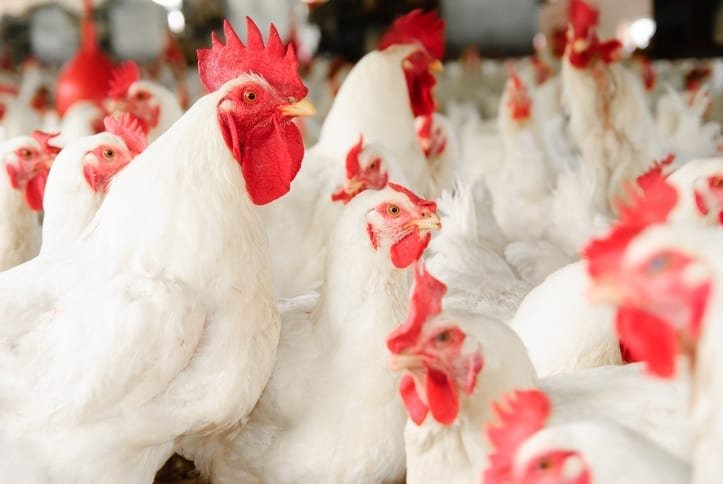 British consumers who are swapping red meat for chicken and other poultry may be contributing unwittingly to the destruction of South American forests.

This is because of ‘a total failure by high street brands’ to monitor where animal feed comes from, a new Greenpeace report warns.

While more and more shoppers choose to avoid beef and pork on health, animal welfare and environmental grounds, consumption of chicken is booming.

Over the past 20 years, overall demand for beef, lamb and pork has fallen sharply, but this drop has been offset by a 20% increase in the consumption of chicken.

UK supermarkets and fast food chains are boosting demand for chicken by ramping up promotional offers.

The Greenpeace report, ‘Winging it: How the UK’s chicken habit is fuelling the climate & nature emergency’, reveals that far from being an environmentally friendly option, a lot of the chicken sold in the UK is contributing to the destruction of wildlife-rich forests in South America.

The UK imports over three million tonnes of soya every year from Argentina, Brazil and Paraguay to feed factory-farmed animals – primarily chickens.

Over one billion chickens are slaughtered in the UK every year, 95% of which are intensively farmed, a model of production that relies on industrial feed containing soya.

Meeting Britain’s annual demand for soya requires 1.4 million hectares of land – an area larger than Northern Ireland – and vast swathes of forest and wildlife-rich savannah in South America are being destroyed to grow the crop.

The charity found that leading supermarkets are buying their soya from commodity giants like Archer Daniels Midland (ADM), Bunge and Cargill, all of which have been involved in the destruction of forests or other habitats in the Brazilian Cerrado, the world’s most wildlife-rich savannah.

None of the companies surveyed could guarantee the soya they use for meat production was deforestation-free. Some, like McDonald’s, KFC, Burger King, Nando’s and Subway, refused to disclose their meat sales or soya use all together.

Some leading supermarkets claim to be supporting the production of sustainable soya but in practice, this means buying credits to offset their soya use.

Not a single company contacted by Greenpeace was able to demonstrate it was actually tracking the full amount or origin of soya consumed as animal feed in its supply chain. Currently just 2% of the UK’s soya is certified as coming from zero deforestation areas.

‘High street giants like Tesco and Sainsbury’s should be responding to the climate and nature emergency by helping customers move to a healthier plant-based diet. McDonald’s, KFC, Nando’s and Burger King can’t hide behind a refusal to disclose. Their business models are incompatible with protecting our planet for future generations, which makes them incredibly high-risk companies.’

Additional market research by Kantar shows retailers are aggressively promoting chicken products to their customers. Promotions of chicken breasts have gone up by 46% and price cuts have doubled last year compared with 2018. Promoted sales of chicken legs have more than doubled (+158%) and price cuts trebled over the same period.

‘Consumers cutting red meat are clearly trying to do the right thing for the right reasons. But supermarkets and fast food restaurants are keeping them in the dark when it comes to the precious forests being destroyed to feed most of the chicken they sell. What’s worse, instead of tackling the problem, they’re adding to it by pushing customers to buy more.

‘For too long the impact on our planet of growing crops for UK chicken feed have been overlooked. A straight swap from beef to chicken effectively amounts to outsourcing emissions of our meat consumption from the UK to South America.

‘The simple truth is, we cannot continue to consume industrially-produced meat in the volumes we currently are. It’s why we’re calling on companies to set clear meat reduction targets and be transparent about where their animal feed comes from.’

Animal feed for meat production is Europe’s largest contribution to deforestation. Soya imports represent 47% of Europe’s deforestation footprint, compared with 14% for pasture expansion for livestock and 10% for palm oil.

Click here to read our article about why chickens will be the ‘marker of the Anthropocene’.