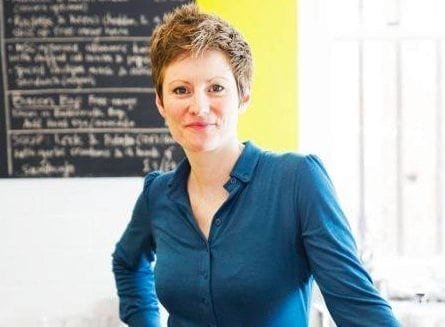 In light of February 06 this year marking 100 years of women having the vote, it’s arguably our duty to look back over the last century and assess society’s progress since then.

The sustainability sector is thriving with women leading many of the initiatives. Yet still, as one of the Women’s Environmental Network (WEN)’s ambassadors Juliet Davenport (chief executive of Good Energy), recently highlighted, ‘The energy sector is lagging sorely behind other industries in terms of diversity, meanwhile sustainable [green] businesses are very balanced. So the idea that lack of diversity is contributing to the issue of transition to renewables is very plausible.’

Women need to be awarded the recognition they deserve in order to change outdated perceptions in the energy sector and beyond. To this end, WEN has launched a ‘#WomenWeSalute2018’ series to celebrate the wonderfully inspirational women, including Juliet Davenport, in the green industries. These women are taking both their and future generations’ futures into their own hands, working with resilience and diligence to transform it for the better.

Upcoming interviews include Amelia Womack, Tina Rothery, Vicki Hird and Nat Van Zee, and WEN has chosen Ruth Rogers, founder of The Canvas Café community hub and creative space in London, as the first strong female leader to feature in its series.

Founded just over a decade ago, The Canvas has helped transform the lives of both businesses and individuals in the community. It has been home to the renowned Museum of Happiness, supper clubs supporting refugees, doggy day-care feeding the homeless, live performances, supporting mental health, entrepreneurialism and community cohesion. Ruth Rogers, we salute you!

What inspired you to found The Canvas?

In 2006, I founded a positive body image movement called Body Gossip, which empowers the public to write stories about their bodies. The stories are then celebrated live onstage and in short online films, and we’ve also published a book of over 300 stories with a foreword by Gok Wan.

I’ve always thought if I was the daughter of someone famous, Body Gossip would be huge! But I’m a nobody, so I did what I could; I put my white sofa on the roof rack of my car and drove it to the Edinburgh Fringe Festival where I placed it in the middle of the Royal Mile. I invited passers-by to write one sentence about their body on the sofa. What started as, I’ll admit, a bit of a PR gimmick, turned into something really amazing; people were being more honest with the sofa than they were to their friends and family!

Writing on an unusual canvas opened people up and broke down the barriers; people were admitting things to the sofa they’d never said before! That gave me the idea for The Canvas: a venue where the space itself is a blank canvas for people’s thoughts, ideas and secrets; that’s why our walls are open for people to answer the questions and share their stories. But it’s so much more than that; we also provide a blank canvas for positive change, and the events we host, and the support we offer new positive ideas, is harnessing the spirit of community that I think is missing so much these days, especially in business.

It’s great to see that you the Canvas is now 100% vegan! What inspired you to make this decision?

My head chef Tegan the Vegan! When Tegan came on board in Sept ’17, we were largely vegetarian but we still served dairy and free-range eggs, and very occasionally free-range meat. Tegan opened my mind to the cruelty and hypocrisy that exist in the free-range world.

When we first talked about it together, I was very aware that veganism is currently hugely popular; almost ‘fashionable’. I was nervous about making a decision that would make The Canvas look like it was following a ‘trend’. But the more I read and heard, the more I realised that veganism is positive activism in a very pure form; it’s one of the most powerful choices we can all make as individuals to improve the future of our planet. And The Canvas supports and enables positive activism, so actually it makes perfect sense that our cafe is 100% vegan.

Where do you see the enterprise in 5 years time?
One of the most impactful areas of our social enterprise is our Community Hub, which is a free events space that we offer to community groups and individuals wishing to launch and grow positive ideas that will improve the lives of others. Over the next few years, I want to grow our impact in this area, offering more than just space to the organisations and community heroes who use it.

We will start to incubate and nurture these ideas, offering the founders business support and expertise. I’ve worked incredibly hard over the last three years to create an infrastructure that can support the launch of new ideas; I want to start sharing this knowledge to allow other positive ideas to grow and flourish. My team too are incredibly knowledgeable about social business; they’ve helped me grow The Canvas, and they’re all itching to help other great ideas too.

What is your top piece of advice for young female entrepreneurs who want to make it in the hospitality industry?

Just one?! I feel I have a whole book of advice inside me, purely because I have learned the hard way on pretty much each and every step I’ve taken! Maybe that’s my advice actually; don’t blindly follow advice! And hear me out – I say this because, in my experience, people give you so much advice when you’re starting out.

I remember hearing wise words such as ‘Keep a tight cashflow spreadsheet’, ‘Year 2 you get complacent; Year 3 you suffer from that complacency’. I could hear the advice, but I could only really understand it once I’d experienced in real life the implications of it. So, it was only when my business was nearly financially sinking that I truly understood the importance of rigorous cashflow monitoring.

So now I update a daily and monthly cashflow spreadsheet. I had to see the results of my complacency to really understand how complacent I had got in Year 2.

The short version of that is: ‘You’re a female entrepreneur. Trust your instincts and believe that you’re strong and insightful enough to work things out.’

And finally, which woman, friend, family or famous, has inspired you most?
Anita Roddick. She took a brand and made it into so much more; a force for good, ethical practice around the world. A complete legend who died too young.

Click here to find out more about the Women’s Environmental Network.