Waitrose, M&S and Tesco among brands supporting a 20% cut in yellowfin tuna catches 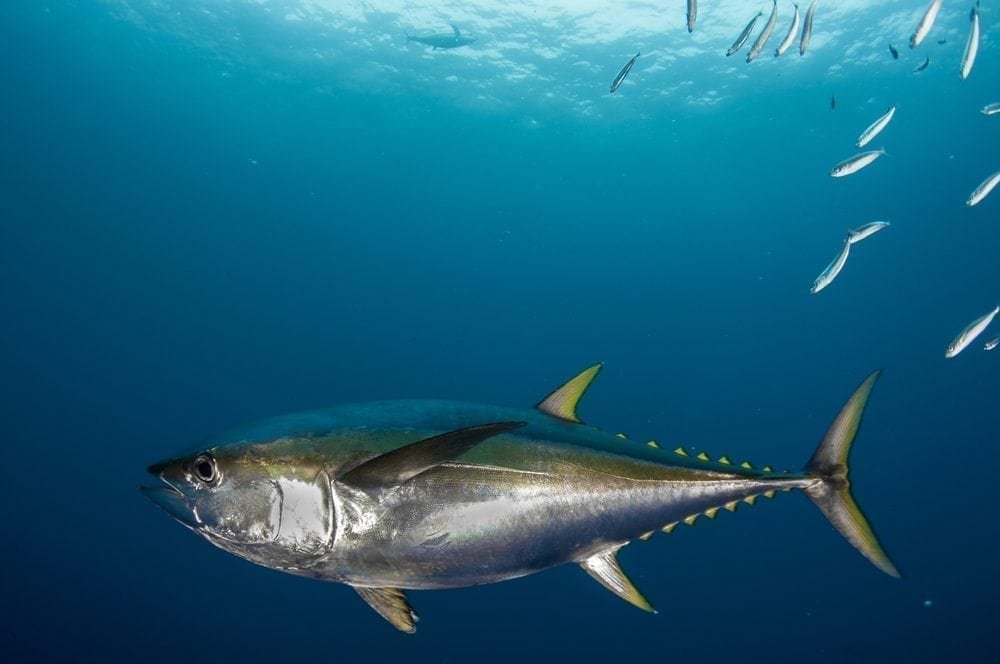 38 key businesses, from tuna companies to supermarkets, are joining with WWF to call for better regulation of tuna fishing within the Indian Ocean ahead of the 20th Indian Ocean Tuna Commission (IOTC) annual meeting this May.

In a collaborative letter, WWF and key national and international businesses including Princes, John West, Tesco, Sainsbury’s, M&S, Waitrose and Asda are calling on the Commission to reduce catches of yellowfin tuna by 20% and introduce harvest control rules to ensure the sustainability of all Indian Ocean tuna stocks, including skipjack.

According to the latest stock assessment conducted by the IOTC, overfishing of yellowfin tuna has been rife in the Indian Ocean since 2013.

The Commission, which is responsible for conservation and management of tuna and other marine resources in the Indian Ocean, has also stated that if immediate steps are not taken to end overfishing and rebuild the seriously depleted stock, there is a high risk of stock collapse within just five years.

Despite repeated warnings from the Indian Ocean Tuna Commission’s Scientific Committee, which provides advice to fisheries managers, catches of yellowfin tuna continue to increase – well in excess of recommended limits.

After 20 years of talks, the Commission has yet to adopt any effective measures to control the exploitation of tuna stocks.

‘The industry and communities that rely on a healthy yellowfin stock are rightly concerned by the IOTC’s predictions of a stock collapse in the near future, which would place their livelihoods under threat.

‘Measures need to be taken immediately to begin rebuilding the stocks of yellowfin tuna to sustainable levels. With the clear support of such a broad cross section of the tuna fishing community, WWF hopes the IOTC commissioners will respond to this call for action and take steps to protect the industry they are responsible for.’

In 2012, the global tuna catch reached a record high of more than 7m tonnes (FAO, 2014). Skipjack was the biggest contributor to the global tuna market, contributing about 58% to the 2011 catch of principal tunas, followed by yellowfin which contributes around 27% .

Europe imports more seafood than any other region or country globally, absorbing 24% of the world’s production (EUMOF, 2014). The EU is the main single export market for Indian Ocean tuna products – 1.2 million tonnes.

Click here to read the full letter calling on the Commission to reduce catches of yellowfin tuna by 20%.