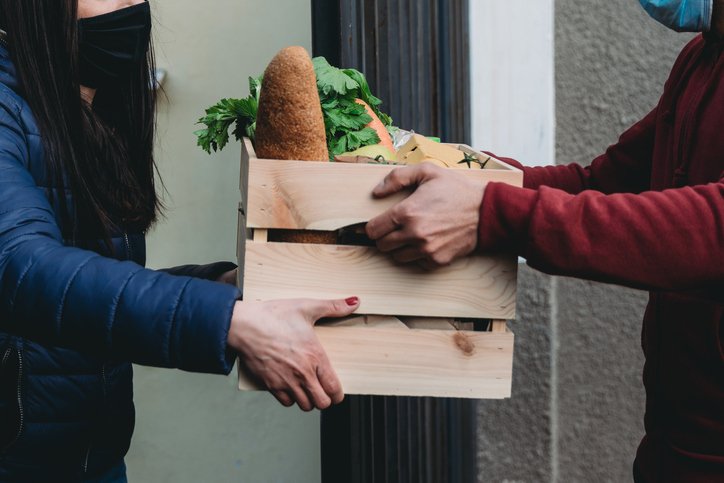 OLIO, the UK’s number one free sharing app, has announced ambitious plans to work with FareShare to save and redistribute 200 million meals over the next year, with support from major UK businesses including Tesco, One Stop, Planet Organic and many more.

In a bid to tackle both the UK’s enormous food waste problem and the escalating cost of living crisis, OLIO is calling for other organisations to follow suit and join the 200 Million Meals initiative by providing more surplus food instead of letting it go to waste.

British businesses have already made great strides when it comes to tackling food waste, but according to food waste charity WRAP, each year over a million tonnes of edible but unsold food from our retail and hospitality industries still ends up going to waste. This is the equivalent of 2.4 billion perfectly good meals.

With millions of British families already feeling the pinch as the cost of living rises, OLIO has set out to ensure more meals end up on our tables than in the bin.

‘It’s simply wrong that right now millions of people across the UK are struggling to put food on the table, whilst billions of meals worth of perfectly edible food is going straight in the bin.

‘There’s more than enough food in this country to feed everybody, and that’s why we decided to take action. We’re so grateful to those organisations that have already pledged their support and we’re calling for others to do the same as a matter of urgency.’

The Food Waste Heroes will then list the food on the OLIO app, making it available to their local community to come and collect and enjoy for free.

Working in partnership with FareShare, OLIO plans to make the next 12 months its most impactful ever, by redistributing 200 million meals  with the support of FareShare and its wider network of food retailers.

‘At One Stop we are proud to be part of this movement to help put food in the hands of those who need it and save it from being needlessly thrown away.

‘We’ve been working with OLIO and FareShare for the past few months and as a convenience store retailer with over 900 community stores, we know only too well how much people are struggling and the immediate benefits these initiatives create. Sadly, for too many they are serving as a lifeline during difficult times, showing why raising these record numbers has become so critical.

‘In the past year we have donated 710,000 equivalent meals. We will be working closely with OLIO to increase this number, galvanise awareness and create pressure in the industry in order to reach more people who need this both now and in the future.’

NEIL THOMAS
Head of Transformation at One Stop

FareShare takes delivery of surplus good-to-eat food, which is unsold or unwanted by the food industry. It then sorts the food in one of its 31 regional warehouses, and passes it on to a network of nearly 10,000 charities and charity groups across the UK.

‘Our latest annual figures show the scale of just how many people have been struggling to get enough to eat, while so much good food goes to waste. We’re excited to be working with OLIO on this great campaign to help reduce food waste and ensure it feeds people, not landfill.’

Click here to get involved with the campaign to rescue 200 million meals.