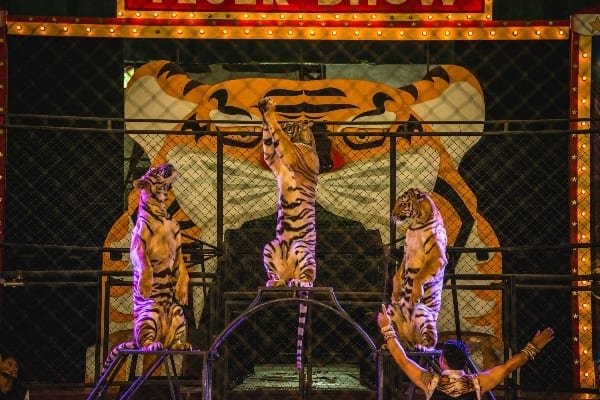 PM 'must back a wildlife trade ban to help prevent a future coronavirus', say public and Alesha Dixon

86% of Brits, including TV star Alesha Dixon, are backing an appeal for Boris Johnson to call for a global wildlife trade ban help prevent a future coronavirus at the G20 meeting of global leaders in November, according to new research by Campaign to End Wildlife Trade.

Covid-19 is widely thought to have emerged at a wet market in Wuhan, where wildlife was sold alongside fresh meat, fruit and vegetables.

70% of emerging infectious diseases come from wild animals, so it is critical everything is done to help prevent a future global pandemic.

‘A wakeup call for the world’

Wildlife globally has been packaged up and sold on an industrial scale so that animals are taken from their natural environments or commercially farmed, exposing them to stress and cruelty and creating a hotbed for disease. As we have seen with Covid-19, these diseases can then be transferred to humans.

‘Covid-19 is a wakeup call for the world – and the case for a global wildlife trade ban has never been more urgent. SARS, Ebola and now Covid-19 are all believed to have passed from wildlife to humans.

‘Boris Johnson and the UK government must provide global leadership in this public health and wildlife crisis and call for a wildlife trade ban at the G20 meeting of global leaders in November to help prevent future pandemics.’

Campaign to End Wildlife Trade’s research also shows that over a quarter of people would feel safer if wildlife trade was banned (26%).

18% are more concerned about the trade since lockdown and over half (51%) were unaware of the scale of the legal trade of protected wild animals into the UK.

As well as the public health and conservation risk, wild animals are sentient beings who feel pleasure, distress, excitement, fear and pain and they suffer immensely in the billion-dollar wildlife trade.

After being stolen from the wild they are stuffed into bags, taken to cramped and unsuitable holding pens and crammed into crates and shipped all over the world with most animals suffocating in the process.

‘Bringing an end to the multi-billion-dollar wildlife trade has overwhelming public support and is something global leaders can do to help safeguard our future and the planet.

‘This is an opportunity for the world to re-evaluate our relationship with wild animals. We need to stop seeing wildlife as a product and start treating wild animals with respect and compassion for a healthier, more positive and sustainable future for all.’

The global wildlife trade is fuelled by the demand for exotic pets, traditional medicine and the entertainment industry.

Millions of wild animals including snakes, parrots, iguanas, lizards, tortoises and even otters are captured each year for the exotic pet trade.

Wild animals are farmed for Traditional Asian Medicine such as bear bile which has ironically been recommended by the Chinese government to treat symptoms for Covid-19.

The UK currently imports thousands of protected wild animals, including tortoises, pythons and monitor lizards, captured from the wild and legally imported into the UK each year, according to the group.

Click here to sign the petition calling on the UK government to secure a global wildlife trade ban and end the import and export of wild animals into the UK.