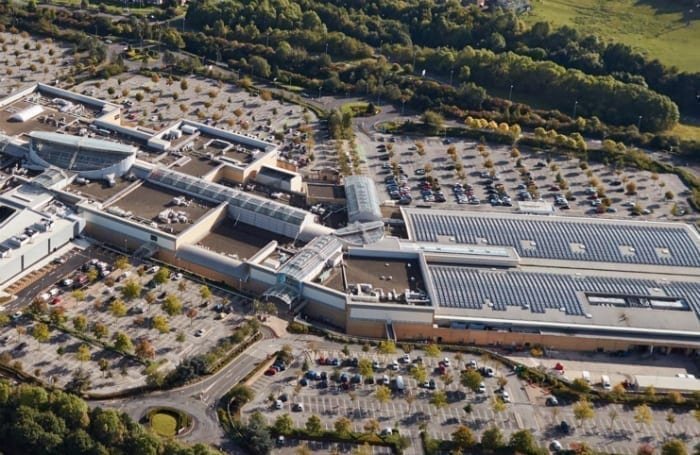 One year after its installation, the UK retail sector’s largest solar energy installation has led to a 22% decrease in electricity consumption at the White Rose shopping centre in Leeds, allowing the centre’s owner Landsec to pass savings on to retailers.

Out of the 20 industrial sectors measured by the Office for National Statistics, retail was the fifth-highest consumer of fossil fuel-based energy in 2016, using more non-renewables than the entire construction sector.

Greater generation of renewable energy could present a direct business benefit to retailers. Recent research from the Carbon Trust found that a 20% cut in energy costs for retailers can represent the same bottom-line benefit as a 5% increase in sales.

Landsec is passing the cost savings of the solar PV on to its tenants, in the form of a reduction in the utilities service charge at the centre.

Combined with a summer of record-high temperatures and sunshine, White Rose’s solar PV demonstrates the potential for retail sites to leverage renewable technologies to reduce energy consumption and costs.

While Landsec currently sells surplus power generated by the PV system back to the grid, advancements in battery technology could soon see retail sites generating and storing enough energy in the summer months to service much of their energy needs throughout the rest of the year.

This year, White Rose was able to generate enough solar energy to power all of its serviced areas for two weeks.

‘This summer’s hot and sunny weather has proven that solar PV systems are a fantastic way to reduce energy consumption and represent a savvy investment for retailers and landlords who are willing to install them.’

In 2016, Landsec became the first property company in the UK to use 100% renewable electricity, and in July White Rose came close to its first ever net-zero day, where the difference between the energy consumed and generated was only 692 kWh – just over £70 worth of electricity.

Tom Byrne, sustainability manager at Landsec, said the success of the solar PV system at White Rose ‘is a case in point of the top-to-bottom benefits that the entire sector can enjoy when sustainability is embedded in retail. As battery technology improves and costs of renewable energy storage fall, the economy of scale for renewables and the level of savings that can be passed on to retailers is vast.’

The 2,902-panel solar photovoltaic (PV) system was installed by property investment company Landsec in August last year, in an effort to reduce the energy consumption across its 17.6 million square foot retail portfolio.

With a total area of 4,600 square metres – equal to 17 tennis courts – the PV generates 720,000 kWh of energy annually, enough electricity to power 200 homes for an entire year.

Click here to find out how shopping could change the world.