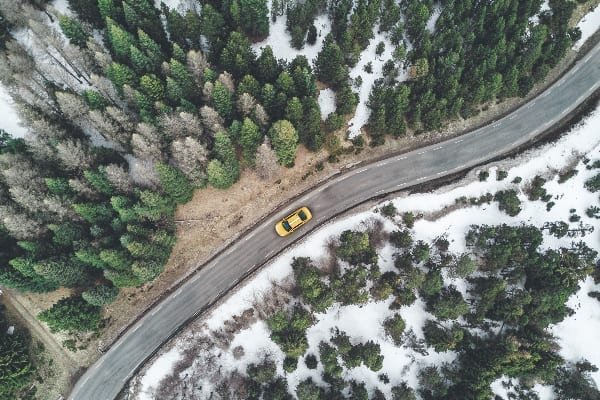 This article first appeared in our I.T. special issue of of My Green Pod Magazine, distributed with The Guardian on 16 September 2020. Click here to subscribe to our digital edition and get each issue delivered straight to your inbox

Humans don’t own the environment: instead, our rapacious tribe is integral to it.

Having grown in such numbers and strived for such innovation, we must now play our role in creating a sustainable present if we are to safeguard the future.

The United Nations states that ‘Sustainability is the principle of ensuring that our actions today do not limit the range of economic, social, and environmental options open to future generations’.

Arguably, sustainability is not about stopping life’s everyday activities. It is about conducting those activities in a way that reduces harm in both the short and long term. But on an individual level, how do we measure our environmental success?

Have you ever leapt out of bed and said, ‘Today I must measure my personal anthropogenic interference on the influence of the temperature of the ground due to the radiative forcing of the gases carbon dioxide, methane, nitrous oxide, hydro fluorocarbons, sulphur hexafluoride and perfluorocarbons with units of CO2e’? Unless you are a climatologist, greenhouse gas (GHG) accountant or, dare I say it, me, then probably not. Instead, as you walk to work rather than commuting, you will simply sense that you’re doing something that feels right.

The problem is that the measurement for GHG emissions, known as carbon dioxide equivalent units – or CO2e – is, to the majority of us, intangible. It lacks analogy, which complicates the measurement of personal success.

Who knows what one tonne of CO2e looks like? It could be the size of a mouse, an elephant – or Cumbria.

When presenting results from I.T.-related GHG emission audits, I regularly announce that a company has generated several thousand tonnes of CO2e emissions and pause for effect.

The heads nod slowly in concerned agreement, while the eyes vacantly confirm that nobody in the room has any idea what I’m talking about. I then go for the analogy, ‘that’s the emissions equivalent of over 7 million miles driven in a year.’ The room erupts with smiles of instant understanding, despite the fact that I’ve just delivered bad news.

This lack of appreciation for carbon accounting extends all the way through most organisations and, in my experience, becomes even more remote for people who are not compensated – financially or professionally – for improvements in a company’s environmental performance. That’s why I created EVE.

EVE is an acronym for Employee Vehicle Equivalent; it’s simply a per capita representation of I.T.-related GHG emissions, analogised as the equivalent vehicle miles.

Simply put, it measures how much pollution a person creates when using I.T. and commuting to access I.T. for work. But instead of CO2e units, it shows the pollution in equivalent car exhaust fumes.

‘Climate change is one of the biggest environmental issues of our era and I’ve seen the impact firsthand during my many explorations. Examining any and all sources
of greenhouse gas reduction is vital to building a sustainable future for us all.’

The concept is not to shift the commercial carbon footprint from the business to the individual, but to appeal to a wider audience by reaching outside the managerial corporate and social responsibility key performance indicators of compliance and accounting. It’s for individuals who want to measure that ‘sustainability feeling’ due to a personal interest, regardless of their role at work.

In addition to making the measurement of personal environmental success feasible, EVE also sets a baseline for improvement. As your EVE counter reduces month by month – when you choose a more energy-efficient computer or work from home to reduce commuting – your success will have the tangibility we often seek.

Perhaps it’s gamifying personal environmental stewardship. Perhaps we should create league tables. Who knows – that’s for you to decide.

In the meantime, to appreciate what is achievable by adopting just two of the four simple steps to sustainable I.T., this extract from my research highlights the outcomes delivered by the choice of two real-life end-user computer and working behavioural choices.

In this scenario (see table, below), User A has been equipped with a desktop computer and a display, at a desk within the organisation’s commercial office space. Consequently, User A commutes by car to the offices five days per week.

User B has selected a low-energy laptop computer. A virtual desktop infrastructure enables secure working from any location. Consequently, User B chooses to work from home two days per week. This naturally reduces commuting to access I.T.

Having undertaken the sustainable I.T. practice recommendations, User B has reduced annual GHG by over 40%. Individually measured, the EVE value has reduced from 1:4278 to 1:2544, removing the annual equivalent of 1,734 car miles from our atmosphere annually.

The key to success

In isolation that’s quite an achievement – but communicated and adopted among wider audiences, EVE is arguably the key to recognising personal I.T. sustainability success.

When you leap out of bed tomorrow, you can think that perhaps it’s as simple as being ‘All about EVE.’