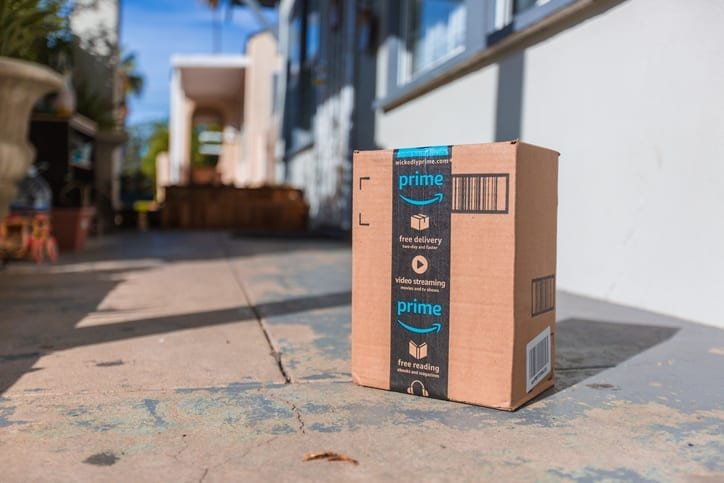 Amazon customers are buying more online due to Covid-19, are overwhelmingly concerned about plastic pollution and its impact on the oceans and want major online retailers including Amazon to give them plastic-free packaging choices.

These are the key findings of a new YouGov poll of Amazon customers that was sponsored by Oceana, the world’s largest international ocean conservation organisation.

‘Jeff Bezos and Amazon say they are obsessed with meeting the needs of their customers. It’s clear from the results of our survey that what Amazon customers want is for the company to do the right thing and offer plastic-free options at checkout.

‘Amazon can make a difference for its customers and the oceans by doing this: this is a company that, according to recent news reports, shipped several billion packages in 2019, many packed with plastic.

‘This is a company led by a CEO Jeff Bezos who is investing in space exploration and that is testing using drones to deliver stuff to our houses. They surely have the ability to figure out how to offer plastic-free alternatives.’

A question of will

Amazon’s packaging and materials lab has created lightweight plastic-free packaging, including a new mailer that the company reports has been used 100 million times.

The company is known for its innovation in logistics and delivery technology and has made commitments to protect the environment, including a pledge to be zero carbon by 2040.

Amazon also recently announced it eliminated non-recyclable plastic in packaging across its Fulfilment Centers in India.

‘Amazon has the technical ability, with its fulfilment centres, to offer plastic-free alternatives to its customers, reduce plastic and help protect the oceans and environment. It is really a question of will.’

YouGov polled 2,202 individuals in the UK as part of its omnibus survey on behalf of Oceana, and 83% (1,818) reported being Amazon customers.

The survey found that 94% of UK Amazon customers are concerned about plastic pollution and its impact on the oceans and environment.

61% of the Amazon customers surveyed reported buying more online because of Covid-19 and 56% reported that they were bothered by the extra plastic packaging they are receiving due to the acceleration of online shopping related to the pandemic.

‘2020 will be the defining year for how the public want to do the right thing for our planet. We realise now more than ever that plundering the Earth for resources and giving back nothing but toxic waste is the road to disaster.

‘Packaging is one of the worst culprits and it has never made sense to use a toxic, indestructible material such as plastic for such temporary purposes. We applaud this research that irrefutably proves that we, the shoppers, no long want the plastic guilt.

‘It’s time brands and retailers listened to their customers or they will become future dinosaurs, living in our polluting past.’

Oceana also sponsored surveys of consumers in the US and in Canada that revealed similar concern about plastic pollution and support for plastic-free choices.

Oceana is calling on online shoppers and ocean activists to ask Amazon for plastic-free options at checkout by adding their names to a petition created by Oceana supporter Nicole Delma. Nearly 500,000 people have already added their names to the petition.

‘The survey echoes what I’ve heard from so many other Amazon customers who have signed the petition. People want to be able to buy from Amazon and avoid plastic. It makes them feel terrible when that package they’ve been anxiously waiting for arrives stuffed with plastic.’

In 2019, according to news accounts, Amazon shipped approximately 7 billion packages worldwide – which would be equivalent to nearly one package for every person living on Earth.

These packages are often packaged with plastic, which can end up in the oceans and devastate marine life.

‘Plastic is a major source of pollution for the world’s oceans, with 17.6 billion pounds entering the sea every year – the equivalent of a garbage truck worth dumped into the ocean every minute. Recent studies found that 90% of all seabird species and 100% of all sea turtles investigated have ingested plastic. Only 9% of all plastic ever produced has been recycled.’