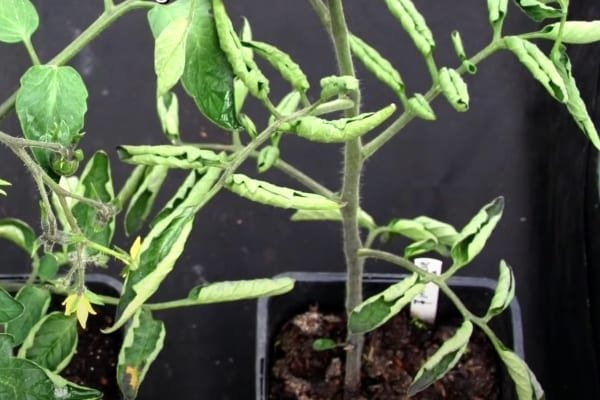 In 2019 gardeners noticed significant damage to some of their plants – particularly annual vegetables, which showed weak and stunted growth.

It’s thought the problem came from weedkiller residues remaining in compost and manure.

There were multiple reports circulating on social media, and professional gardener and well-known proponent of ‘No Dig’, Charles Dowding, raised awareness in the Daily Telegraph in July 2019, which resulted in a six-fold increase in gardeners reporting similar damage.

One probable culprit was identified as the chemical ‘aminopyralid’, which is used by farmers and local councils as a weed killer for grasslands.

When grass cuttings and weeds that have been treated with this particular chemical are incorporated into manure or compost, or fed to animals whose manure is then used, the residue remains – and can contaminate the mix with devastating effect.

‘This poisoning has been of huge concern to growers and gardeners. Particularly as many may not have connected the distressing plant damage to the organic compost or manure in which they grow.’

Garden Organic, the Soil Association and the Organic Growers Alliance have worked collaboratively to investigate the aminopyralid contamination.

They met with Corteva, the agricultural chemical manufacturer and distributor that makes the deadly herbicide.

Corteva is investigating the issue – but their knowledge of actual incidents is likely to be incomplete, as not many growers know of Corteva’s existence, nor how to contact them.

‘We are asking CRD to work with Corteva to find a lasting solution to this issue and address any future impact on growers using manure, or green waste/municipal compost’, says Gareth Morgan, Head of Farming and Land Use Policy at the Soil Association. ‘We encourage all growers who think they may have been affected to make use of the impartial process to sort out this issue once and for all.’

‘We encourage growers who think they may have been affected to contact the government’s Chemical Regulations Division. As part of the Health and Safety Executive, CRD monitor contamination incidents – which still occur despite their clear warnings to users on how to use aminopyralids.  We think it is simpler and more effective if growers send an email to both CRD and Corteva.’

If you think your plants have been poisoned, emails should be sent to CRDEnforcement@hse.gov.uk and UKHotline@corteva.com, headed ‘Aminopyralid contamination’.