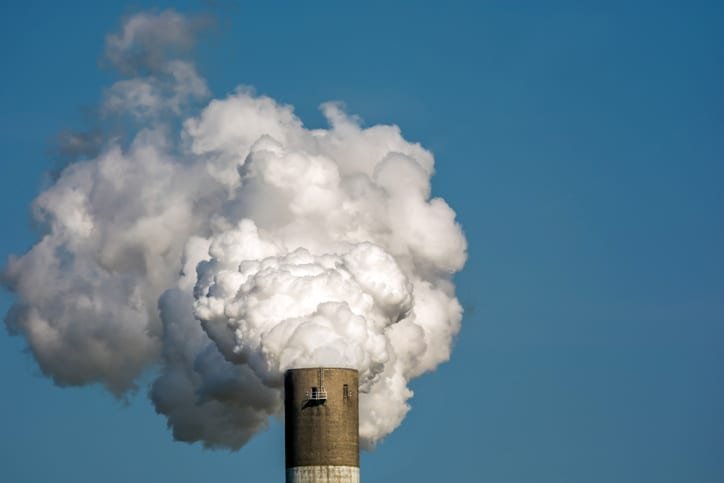 The application for judicial review, by environmental campaigner Georgia Elliott-Smith, also includes a challenge to the government’s decision to roll forward carbon emissions allowances to future years, and to the setting of a cap on allowable emissions which will be above the level of ‘business as usual’ emissions.

Ms Elliott-Smith, an industry expert and environmental consultant, is represented by Leigh Day solicitors, who sent a pre-action letter to the government on her behalf.

They make the case that in creating the UK Emissions Trading Scheme, the government has unlawfully excluded municipal waste incinerators from the scheme.

They say the scale of incinerator emissions ignored by the UK ETS is ‘staggering’, and note ‘there will be no mechanism to account for, offset, or incentivise the reduction of emissions from incinerators’.

The exclusion means the UK will fail in its obligations under the Paris Agreement; it has instead has concentrated on the need to achieve net zero by 2050.

‘The government’s decision to omit MSW incinerators from the UK ETS because they are “difficult” to include is a nonsense. Incineration does not pay for the burden that its pollution places on society and there is currently no requirement for operators to reduce carbon emissions.

‘I hope that by bringing this action, we can reduce national CO2 emissions and stimulate alternative waste routes such as reduction, reuse and recycling.’

Leigh Day argues that the two fundamental aspects of the UK commitments under the Paris Agreement that are relevant to Ms Elliott-Smith’s claim are to seek to limit global temperature increases to 1.5ºC above pre-industrial levels and to reach peak global emissions and start to reduce them ‘as soon as possible’.

Both those commitments require substantial reductions in emissions in the short and medium term. By concentrating only on achieving net zero by 2050, it is alleged that the government has failed to lawfully take account of those aims.

The claim is on the following grounds:

Irrelevant considerations were made in deciding to exclude municipal incinerators from the UK ETS: in The future of UK carbon pricing, published 10 June 2020, the government stated: ‘The complex environmental requirements placed on municipal waste incinerators, as well as their role in diverting waste from landfill, make it difficult to include them in a UK ETS’.

The government has exceeded its powers under Section 44 Climate Change Act 2008, by which it is able to set up the emissions trading scheme and is required to make rational decisions. The omission of municipal waste incinerators is irrational.

The exercise of Section 44 for improper purposes ‘to alleviate pressures that business currently face as a result of departure from the EU.’

There was a failure to carry out a lawful consultation exercise.

‘The Defendants have sought to argue that the net zero by 2050 commitment is co-extensive with the Paris Agreement. This is wrong in law. The Intergovernmental Panel on Climate Change has made clear on numerous occasions that the Paris Agreement requires substantial emissions reductions to be made in the short term.

‘Our client states that this cannot be achieved by excluding municipal waste incinerators from the emissions trading scheme. Rolling forward carbon emissions allowances to future years, and the setting of a cap on allowable emissions which will be above the level of existing emissions, also work against the fundamental requirements of the Paris Agreement.

‘The excuse presented by the Government, that the scheme has been designed in this way to make Brexit easier, is not a lawful reason for ignoring international climate change commitments.’