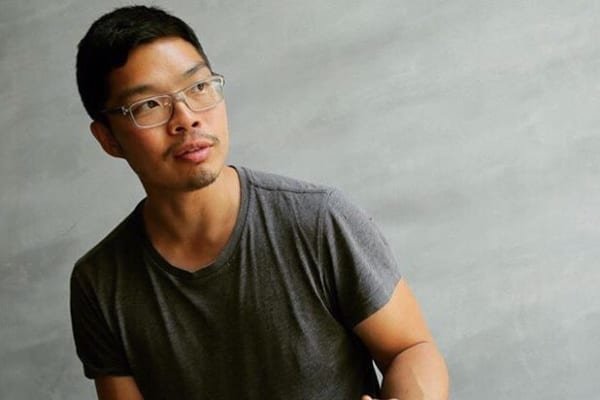 Anthony Myint has been named the winner of the Basque Culinary World Prize 2019, an award for chefs around the world whose work has transformed society through gastronomy.

Myint, an acclaimed chef, restaurateur, author and food consultant, was selected for using gastronomy as an engine to tackle society’s most pressing challenge: climate change.

By combining research and practical tools, Myint partners with restaurants to find bespoke ways to reduce their environmental impact.

Through his ZeroFoodprint project and the Perennial Farming Initiative, Myint explores the cross-section between restaurants and the environment. He advises food businesses on viable options to reduce their carbon footprint and even go carbon neutral.

He has convinced dozens of high-end restaurants around the globe to join his crusade for sustainability­, including Noma (Denmark) and Benu (San Francisco).

In 2019 via the Perennial Farming Initiative, he also joined forces with the state of California to launch the Restore California Programme. The programme arms suppliers and consumers with transparent information on the environmental footprint of restaurants so they can make more informed decisions. All restaurants on the list can either be carbon neutral or support local farmers to remove carbon dioxide from the atmosphere.

Equipped with a degree in Economics and Asian Studies, Myint, alongside his wife, journalist Karen Leibowitz, have incorporated environmental and social activism into their endeavours since Myint began his career with the acclaimed eatery Mission Street Food back in 2008.

Anthony Myint will be awarded €100,000 to devote to a cause or an institution of his choice that demonstrates the wider role of gastronomy in society.

In 2018, the prize went to Jock Zonfrillo for dedicating 18 years to discovering and defending the ancient food culture of Australia’s indigenous peoples, which have been largely excluded from the national culinary identity.

‘I started cooking because I believe restaurants can make the world a better place and becoming a parent seven years ago really inspired me to explore what chefs can do about climate change. Since then, scientists have confirmed that healthy soil and good farming can solve global warming!

‘I’m truly excited that the Basque Culinary World Prize brings attention to the optimistic solutions in the food world, and I’m incredibly honoured to represent what I hope is the beginning of a much larger movement.

‘I believe that all of us across the food world – chefs, diners, farmers and policy makers – can come together to create a renewable food system. Restaurants have an opportunity to restore – to actually re-store – all of the carbon that was once in the soil.’

‘Instead of contributing to the problem of climate change, gastronomy can be part of the solution. More than raising awareness, Anthony Myint calls for action by providing concrete tools for our industry to reduce its impact on the environment and to be an active part of the collective efforts that are required to fix this universal problem, rallying us to be part of the change.’

Understanding that a concrete impact requires chefs around the globe to band together in a scalable way, the prize jury members committed to solutions proposed by Myint that will minimise their restaurants’ environmental impacts. These restaurants include Mugaritz, Celler de Can Roca, Azurmendi, Atelier Crenn, Pujol, Cosme and Narisawa, among others.

Click here to read our article about Jock Zonfrillo, winner of the Basque Culinary World Prize 2018.