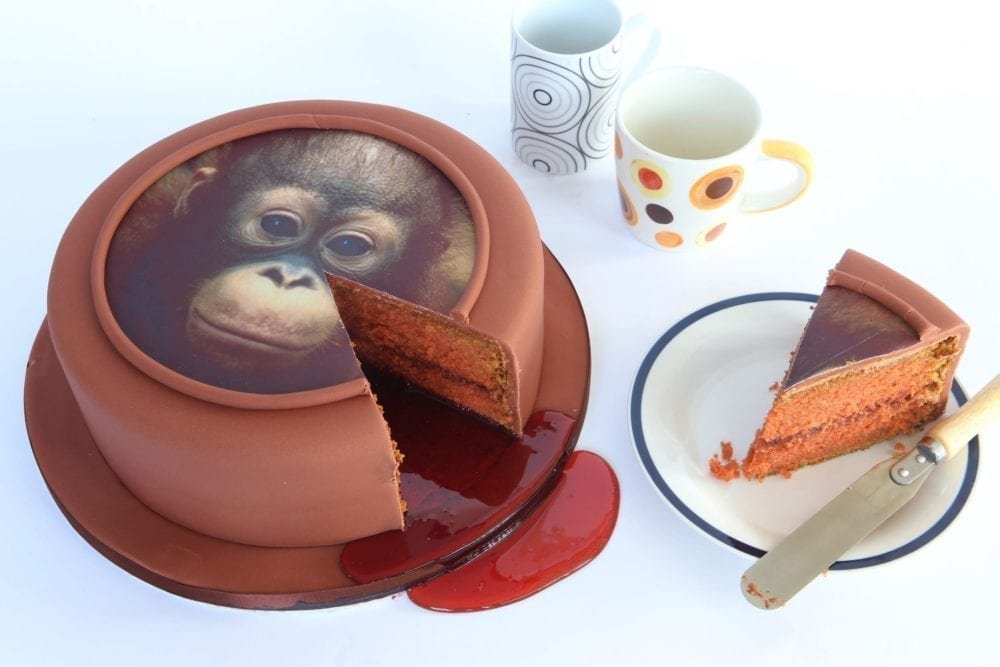 Betty Crocker, a leading instant cake and baking mix brand owned by US-based food company General Mills, is sourcing palm oil from a company responsible for the destruction of rainforest and orangutan habitat in Indonesia.

General Mills is one of the biggest food manufacturers in the world. It owns Häagen-Dazs, Old El Paso, Yoplait and many American-style cereal brands including Cinnamon Toast Crunch, Golden Grahams and Lucky Charms.

One of General Mills’s palm oil suppliers is IOI, a notorious company with plantations in Malaysia and Indonesia.

Greenpeace first exposed IOI’s destruction of forests and orangutan habitat in the 2008 report Burning up Borneo.

Since then, IOI has been accused of various scandals, including land grabbing, bad labour practices, forest fires and deforestation.

Greenpeace Indonesia is calling for General Mills to follow the example of other major brands and cancel their contracts with IOI.

‘When you’re baking, you really care about what goes into your cakes. Forest destruction isn’t a popular ingredient, so why is General Mills spoiling Betty Crocker’s cakes with palm oil from rainforest destroyers IOI?’

After the forest fires crisis in 2015, Indonesia’s palm oil industry has been under growing pressure to end destruction of rainforests and peatlands. In November, the Indonesian government sanctioned IOI following a major outbreak of fire in one of its concessions in West Kalimantan.

In April 2016, the Roundtable on Sustainable Palm Oil, an industry body tasked with making palm oil production sustainable, suspended IOI for deforestation. Instead of making sweeping changes, IOI responded with a court case against the RSPO in Geneva.

Following its suspension, major brands such as Unilever, Nestlé, Mars, Mondelez (Cadbury), Kellogg and Colgate-Palmolive all severed their ties with IOI. In a statement, General Mills said that it was ‘committed to sustainably sourcing palm oil’ but continues to buy from IOI.

‘Companies know that their customers want to enjoy baking cupcakes without burning rainforests. That’s why so many other major brands have done the right thing and stopped buying palm oil from IOI. General Mills’s failure to act leaves a bad taste in the mouth.’

Many General Mills products contain palm oil: Jus-Rol ready-made pastry, some varieties of Nature Valley snack bars and some flavours of Häagen-Dazs (depending on the place of manufacture). It is also an ingredient in Betty Crocker cake mixes, frosting and icing.

Click here to find out more about the Greenpeace campaign for sustainable palm oil.