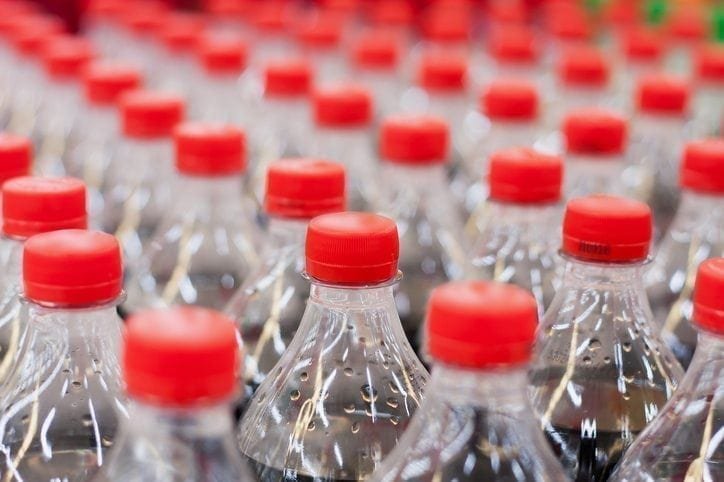 Despite plastic bottles forming a major source of ocean plastic pollution, the survey results reveal a ‘woeful lack of action’ by the soft drinks industry to prevent their plastic bottles ending up in our oceans.

‘The results are jaw-dropping. It’s clear that if we’re going to protect our oceans we need to end the age of throwaway plastic. These companies need to take drastic action now.’

Of the six companies surveyed, five sell a combined total of over two million tonnes of plastic bottles each year – the same weight as over 10,000 blue whales.

The largest brand, Coca-Cola, refused to disclose the size of its plastic footprint, so the total figure is actually much higher.

When combined with the plastic packaging used by the companies – still excluding Coca-Cola – the total figure rises to a startling 3.6 million tonnes a year.

‘Our lives are awash with throwaway plastic. 12 million tonnes of the stuff is ending up in our oceans every year, where it harms marine life, spreads toxic chemicals and can take centuries to break down. We know that plastic bottles are a huge ocean polluter and in the UK alone we dump 16 million of them in our environment every day.’

The six companies use a combined average of just 6.6% recycled plastic in their bottles, despite producing fully recyclable bottles and placing the responsibility on their customers to recycle.

Four out of the top six companies surveyed do not consider the impact of plastic bottles on oceans in their product design and development processes.

‘It’s not good enough for the biggest soft drinks companies in the world to pump out millions of tonnes of throwaway bottles and then blame everyone but themselves for their environmental impact. The results of this report are jaw-dropping. It’s clear that if we’re going to protect our oceans we need to end the age of throwaway plastic. These companies need to take drastic action now: phase out single-use plastic, embrace reusable packaging and make sure the remainder is made from 100% recycled content.’

None of the companies surveyed has commitments, targets or timelines to reduce the amount of single-use plastic bottles they use.

In fact, over the last 10 years the soft drinks industry has been consistently decreasing its use of refillable bottles, instead switching to yet more single-use plastic.

Two-thirds of the soft drinks companies surveyed have a global policy opposing the introduction of deposit return schemes on drinks containers, which have boosted recycling and collection rates to over 80% across the world – and more than 98% in Germany.