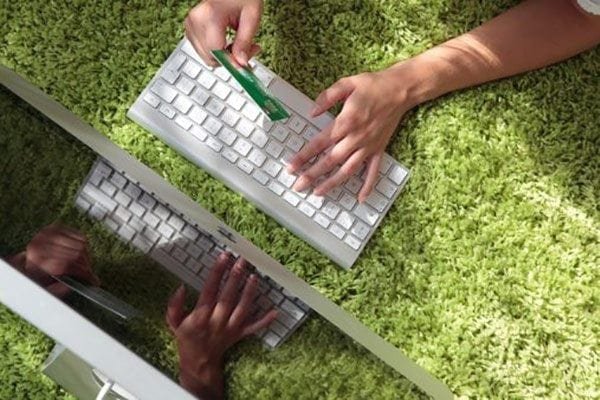 Apple, Google, Facebook and newcomer Switch are taking some of the greatest strides towards 100% renewable energy, while companies such as Netflix, Amazon Web Services and Samsung are lagging.

These are the findings of Greenpeace USA’s report, ‘Clicking Clean: Who is Winning the Race to Build a Green Internet?’, which outlines the energy footprints of large data centre operators and nearly 70 of the most popular websites and applications.

Netflix has one of the largest data footprints of the companies profiled, accounting for one-third of internet traffic in North America and contributing significantly to the worldwide data demand from video streaming.

The company announced in 2015 that it intended to offset its entire carbon footprint, but a closer examination reveals it is likely turning to carbon offsets or unbundled renewable energy credits, which do little to increase renewable energy investment.

‘Amazon continues to talk a good game on renewables but is keeping its customers in the dark on its energy decisions. This is concerning, particularly as Amazon expands into markets served by dirty energy.

‘Like Apple, Facebook, and Google, Netflix is one of the biggest drivers of the online world and has a critical say in how it is powered. Netflix must embrace the responsibility to make sure its growth is powered by renewables, not fossil fuels and it must show its leadership here.’

The region is well behind the US market in renewable commitments, due in large part to fewer clean energy options from monopoly utilities.

‘Leading tech companies in the US have shown that clean power can be both good for the environment and for business. East Asian companies must step up to embrace that reality as well.’

Nearly 20 IT companies have committed to 100% renewable energy use now. Among all data centres evaluated, Switch – a new entry in this year’s report – is making the best progress to transitioning its data centre fleet to renewables through both procurement and aggressive advocacy.

The IT industry’s energy footprint accounted for 7% of global electricity in 2012. That figure’s expected to increase by 12% by 2017 and continue to grow as global internet traffic increases.

Video streaming accounts for 63% of global internet traffic in 2015, and is projected to reach about 80% by 2020, according to Cisco Network Traffic Forecast, 2016.

Greenpeace has benchmarked the energy performance of the IT sector since 2009. It’s calling on all major internet companies to develop a strategy for increasing their supply of renewable energy, and make a long-term commitment to become 100% renewably powered.

It’s also asking the companies to commit to be transparent on IT energy performance and consumption of resources, including the source of electricity, to enable customers, investors and stakeholders to measure progress towards that goal.

Click here to read Greenpeace USA’s report, ‘Clicking Clean: Who is Winning the Race to Build a Green Internet?’