HOW GLOBAL SUPER-BRANDS COULD CHANGE THE PLANET 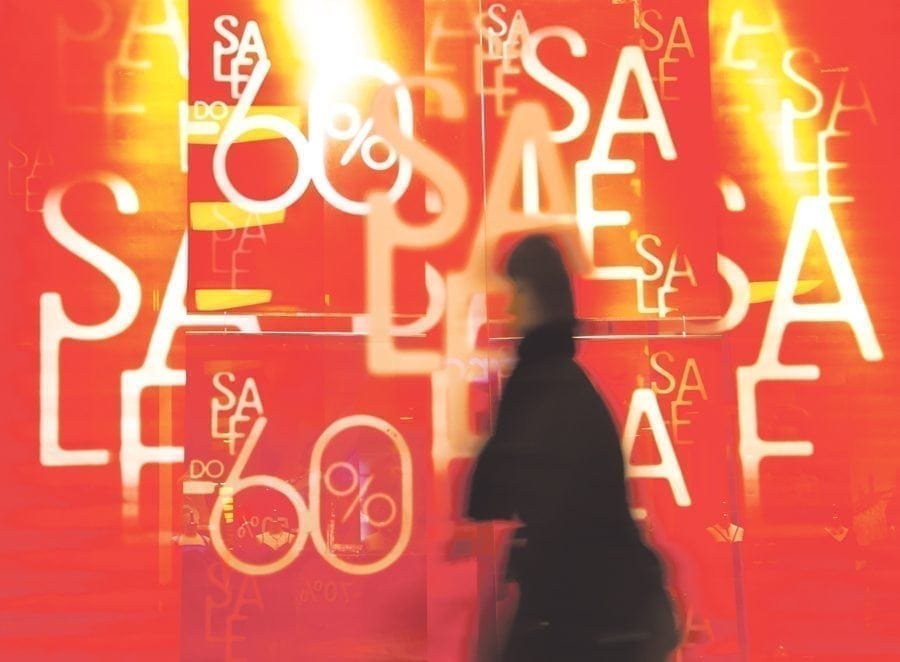 Together, the world’s most powerful consumer brands have a lot of clout. The Consumer Goods Forum’s 400 members employ an estimated 100 million people and generate combined sales of €2.5 trillion.

The way these companies — including GlaxoSmithKline, Nestlé, Nike, PepsiCo, Unilever and Procter & Gamble — choose to do business has a massive effect on economies, lifestyles, habitats and the future of our planet; the impacts and ripples of everyday decisions are felt across the globe and for generations to come.

We’ve heard a lot of negativity about these mega-brands, but what’s going on behind the scenes, and how can the power they wield be used as a force for good? PQ speaks to Peter Freedman, MD of The Consumer Goods Forum, to find out.

Peter has met some very interesting people working on ‘some very tough issues’ over a career spanning retail, consumer goods and the public sector. He was drawn to The Consumer Goods Forum by its ‘unique’ board of directors; he believes that by working together they have ‘a pretty good shot’ at helping retailers and manufacturers collaborate in pursuit of better value for shoppers, and a more sustainable way of doing global business.

The Consumer Goods Forum has, in one way or another, been around since the early 1950s. The Forum we know today was founded in December 2009, following a merge between CIES, the Global Commerce Initiative (GCI) and the Global CEO Forum. It has evolved in several ways: membership is no longer restricted to retailers and is now open to retailers, manufacturers and service providers from all regions of the world, to ensure proper representation of the sector. Online retailers are also included in some of The Forum’s working groups.

On top of that, The Forum has become more focused on what it’s trying to achieve – to Peter, that’s better social and environmental sustainability and compliance, product and food safety, helping to empower the world’s population to live healthier lifestyles, wellness and driving efficiency in the industry’s supply chains.

But uniting 400 of the world’s super-brands in a common goal to drive sustainable business can’t be an easy task — particularly when many are in direct competition for market share. ‘You’re right’, Peter acknowledges, ‘many of our members do compete — in the sense that, for example, they might compete for market share in shampoo. But there are many arenas — sometimes called ‘pre-competitive’ arenas — where collective action as an industry makes more sense than individual corporate action.’

One example is deforestation; The Forum has a board resolution on achieving zero net deforestation by 2020, which it aims to achieve through the responsible sourcing of key commodities such as soy, beef, palm oil and paper, so that tropical rainforests aren’t depleted.

‘It’s a big task’, Peter admits, ‘but we continue to work with our members, providing guidance and supporting those who seek early adoption.’ Another example is food safety — an issue that Peter says everyone, shoppers and the food industry alike, ‘cares about deeply’. ‘As an individual retailer or food manufacturer there’s a limit to what you can do about food safety’, he says. ‘It involves working with hundreds of thousands of upstream suppliers, service providers, governments and others — on a global basis. In both our food safety and zero net deforestation goals, our members understand that there are limitations to what they can achieve individually, and that collective action can make a big difference. There are many other arenas where such collective action makes sense.’

According to Peter, The Forum’s members are constantly ‘on the alert’ for issues that might require collective action; they can be stimulated by external stakeholders or internal discussions with corporate members in industry-level meetings. Sometimes The Consumer Goods Forum will surface an issue based on forward-looking research, but ultimately its board decides on the priorities. ‘The board consists of the CEOs of 50 of our members’, explains Peter, ‘so obviously they are going to focus on CEO-level issues. They usually then apply three simple tests: is this an issue that needs collective action, does it need global, rather than national or regional, leadership and would it benefit from manufacturers and retailers working together? These three criteria determine whether an issue is one to which The Forum can bring unique value.’

Once a priority has been decided, The Forum will try to set a simple goal, which may then be formalised into a board resolution and ultimately even a formal commitment. Then working groups of members are set up to make something happen. All quite straightforward, then? ‘No’, Peter assures me, ‘it isn’t!’

Still, one recent example of where the board has really come together is in its public call to action on climate change. In June, it issued a statement that called on heads of state across the world to engage and act with determination, leadership and ambition to secure an ambitious and legally binding global climate deal. At the same time, The Forum also reaffirmed its own commitments to two sustainability resolutions: achieving zero net deforestation by 2020 and phasing out HFC (hydrofluorocarbon) refrigerants from 2015.
‘I have been struck by how many CEOs really do care about the issues we focus on’, Peter says, ‘and it goes way beyond a “tick the box” interest in what they used to call CSR. That doesn’t wash any more. Our members are passionate about the issues we cover and they know they can contribute; they can shape the future of an industry that will have an impact on the lives of billions of people. The Consumer Goods Forum is the platform where their vision for this industry comes to life.’

But what about the smaller ethical brands that could never hope to compete with the global players that dominate the market? How can genuine consumer choice ever be possible when smaller outfits with lower budgets are being squeezed off the supermarket shelves? ‘First of all’, replies Peter, ‘don’t forget our members are both retailers — who own supermarkets among other formats — and manufacturers, who make both branded and private-label products. You’ve got a very dynamic — and, in this case, a very competitive — industry structure.

‘They are all motivated to serve their shoppers and consumers better; if there is a shopper need that isn’t being met then I think the system will usually find a way to meet that need. And I’m not sure I really buy the argument that supermarkets or manufacturers are dominant. If they are big it’s usually because they’re doing a good job of offering consumer choice. If the consumer wants even more choice, then market share doesn’t count for much.’

Peter agrees that, if shoppers want smaller ethical brands, then ‘absolutely they should be allowed to thrive — and they will do so’. But he thinks more debate is needed around brands whose sole — or primary — USP relates to the way products are sourced. ‘Some of our members express frustration that consumers are not always willing to pay a premium for sustainable sourcing. That doesn’t stop them offering choice in these areas, but it might explain why these markets haven’t taken off as fast as some people hoped.’

Hard discounters and e-commerce are relatively new retail formats that are disrupting the UK’s industry structure, so high street names will need to get to the bottom of what consumers really want if they’re going to stay in the game. ‘Our board approved a resolution to offer consumers and shoppers a range of products and services that support the goals of healthier diets and lifestyles’, Peter says, ‘so there is work being done on providing the right choices to consumers.’

More work is now also being done in the area of traceability, which will allow consumers to see exactly where a product has come from and whether it contains sustainably sourced ingredients. ‘This allows them to make the choice on whether or not to buy the product if they cannot see that it was ethically sourced’, Peter explains.
This is where decent, consistent and transparent labelling on all consumer goods comes in. ‘Consistent labelling sounds so simple and yet it doesn’t seem to be’, Peter admits. ‘But I know that our members care deeply about increasing consumers’ trust in the industry. Transparency on what a product contains, how it was made and where it came from are all things I think we will see more progress on.’ And progress is already underway: The Forum’s board recently made a public commitment to ensure consistent product labelling and consumer information, so that consumers will be able to ‘make informed choices by 2018.’

‘Really, if you care about consumer trust in the industry, and if you agree that the issues I’ve described can only be tackled collaboratively between manufacturers and retailers across the world, then there is really no other organisation you can join’, explains Peter. Members also get to build their personal networks across manufacturers, retailers and regions. ‘From an operational standpoint that builds on consumer trust, we know our members get tangible value out of their engagement with The Consumer Goods Forum.’

For suppliers in emerging markets, Peter believes the major benefit of The Consumer Goods Forum lies in being able to benchmark operations against the best on the global market. ‘And, of course, building their capacity so they can access new markets and grow their business, all while ensuring they adopt sustainable practices.’

For more information on The Consumer Goods Forum and its Sustainability Pillar, visit theconsumergoodsforum.com.