Will divestment from oil lead to investment in renewable energy projects?

It sounds like a no-brainer: generate electricity where it’s needed and stimulate the local economy at the same time.

On top of that, shares in community energy projects can offer a solid investment opportunity: you can expect a reasonable rate of return while directly supporting the decarbonisation of the energy supply. Did I mention that it sounds like a no-brainer? 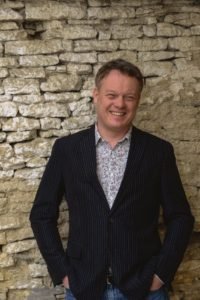 Recently proposed changes to the support of renewable energy projects have created a degree of uncertainty regarding how new community energy projects will move forward – but this doesn’t apply to existing projects or those pre-accredited before 30 June 2015.

‘While this uncertainty doesn’t help, the majority of our investors are looking for a long term investment’, Jan-Willem told us. ‘They see the returns – both environmental and financial – that we will generate, and realise the impact that our industry will have over time.’

Working with, and on behalf of, communities across the UK, Mongoose Energy acquires and develops renewable energy projects, moving them into community ownership with the intention of selling the energy generated directly to customers who live nearby.

The company acquires solar, wind, hydro and anaerobic digestion projects ranging from rooftops that generate tens of kilowatts to 5MW solar arrays. Jan-Willem would even ‘love to get involved in getting offshore wind farms into community ownership!’. If DECC’s proposals are creating any nervousness in the community energy market, Jan-Willem’s not feeling it.

Mongoose Energy only properly launched in April 2015, but it already has close to 100MW of renewable energy projects in the pipeline – each of which will provide a new investment opportunity for the public. The intention is for all projects to be financed and built before the end of the financial year. The company is looking to fund another 10-15 community solar projects over the next nine months.

For Mongoose the uncertainty in the market may very well lead to more opportunities. ‘We will have more possibilities to acquire existing sites – uncertainty in a market always leads to consolidation – and take them into community ownership’, Jan-Willem explains. ‘It also means there will be a willing market for our energy supply offering.’

In a typical example of how community energy projects get started, Mongoose Energy would be approached by an organisation (either community or commercial) that has already ‘developed’ a project – meaning that it has planning permission, an accepted grid offer and, in the case of a ground-mounted solar farm, the rights to use the land.

Mongoose Energy then works with the community around the project – or the group that suggested it – to get everything in place for the build to begin. It will simultaneously work with the various contractors who will build the project and liaise with the grid operator to ensure the connection and installation are completed on time.

Legal arrangements are then finalised – such as the lease of the land – and Mongoose Energy ensures all contracts are in place so that the money can be released and the building can start. From this point, the main task is to oversee the project build on behalf of the community and ensure that the project gets finalised and handed over when it’s all working properly.

Smaller community energy projects are typically 100% funded by members of the community groups, while larger projects tend to be financed through a combination of equity and debt. The debt comes from banks – the 5MW community-owned Braydon Manor project got approximately 50% of its finance from Triodos Bank – while the equity is raised through crowdfunding. ‘Typically, over 70% of the equity raised comes from investors within the community that has been targeted’, Jan-Willem explains.

If Mongoose Energy’s offered the opportunity to acquire a project and bring it into community ownership, it’s part of the company’s initial due diligence process to see whether there’s sufficient community support and whether enough people are interested in becoming involved in the project. ‘Community-led projects are inherently better’, Jan-Willem told PQ. ‘But obviously, projects need to be viable as well: if it’s a wind project, it needs to be windy.

So it’s a combination of everything – community support and interest, technology and finance.’ Of course, opposition does exist – with one of the main arguments against a community energy project being that the technology required could be considered a ‘visual intrusion’ on the landscape. Still, opposition generally comes from a small minority – especially when people realise the business model and associated benefits for the community.

Any community can set up its own renewable energy project: it just needs a group of people who are enthusiastic about getting the project off the ground. The group – initially probably made up of volunteers – will be organised through either a community interest company or a community benefit society. Known as ‘Bencoms’, these cooperatives trade for the benefit of the community rather than the shareholders.

The first obvious benefit to communities is that individuals can invest in – and personally benefit from – the building of an energy installation in their neighbourhood.

Communities will also benefit from access to money in a community fund. ‘Because of the nature of the financial model, the community fund tends to grow over the 20-year period of the lifetime of the project’, Jan-Willem explains. Last year, Bath and West Community Energy (BWCE) donated £20K to the charity that runs its fund. This year it will allocate £50K.

These significant funds are spent locally on fuel poverty and carbon reduction measures – ‘unsexy’ areas that have traditionally been ignored by mainstream funders.

There are always opportunities for local people to be employed on projects, too – from local graphic designers to the person employed to mow the grass around the solar panels. ‘Local halls are hired and local caterers are used for events’, Jan-Willem told us. ‘Most community energy companies will have a policy of employing locally wherever possible.’

Equity for community energy projects is typically raised through a local share offer and administered through a crowdfunding platform, such as Ethex, that allows people to invest directly. ‘We also organise a lot of local events where people can hear a presentation about the project, ask questions of the directors and obtain a copy of the Share Offer Document’, Jan-Willem told PQ. ‘This provides all the details they need on how to invest.’

Most projects are also eligible for EIS, which gives taxpayers a further immediate uplift of 30% to their overall return. Whether these levels of return can be maintained for new projects remains to be seen. An alternative approach is the one used for the Chelwood solar scheme; it offers a slightly lower rate of interest that’s linked to RPI, ensuring that investors are always getting a real rate of return that’s relative to inflation.

Once the projects are built the financial risk is very low: the tariffs are locked in and, while energy prices are quite low now, they will increase significantly over time. The guaranteed export tariff in addition to the Feed-in-Tariff for projects registered before 30 June also guarantees returns.

However, the uncertainty caused by the announcement around the FiT review, especially around pre-accreditation, does significantly increase risk on the development and financing of these projects.

What to look out for

‘If you’re looking for a good community energy investment opportunity, make sure that the
project characteristics are solid’, Jan-Willem advises. ‘Look for detailed, transparent financial figures, the involvement of quality parties and an experienced contractor. Secondly, a good community energy investment opportunity should provide a significant contribution to the local community.’

There are always lots of different reasons for making an investment, but Mongoose Energy’s research shows that investors are mainly looking for an investment that provides a realistic rate of return and has a strong ethical and community element.

‘As yet we can’t identify a specific increase that we can put down to the divestment movement’, Jan-Willem told PQ, ‘but we have certainly seen a large increase in interest in community-owned clean energy as the reality of peak oil and climate change gains more traction.’

A number of councils have invested in community energy projects and, once the sector gets larger and more mature, Jan-Willem expects that pension funds will be solid investors as they look to divest from the carbon-heavy industries and move into clean energy.

Click here to find out more about Mongoose Energy.

Home is where the heat is