Majority of Brits unaware that cocoa, coffee and banana yields are under threat due to climate crisis 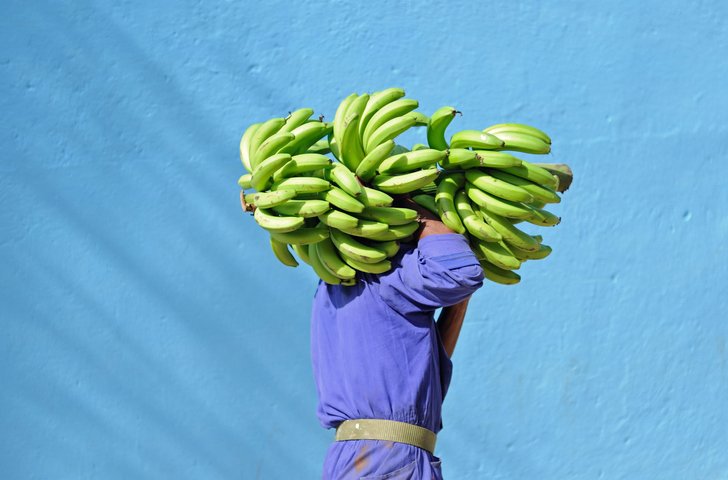 New data published ahead of Fairtrade Fortnight (21 Feb-06 March) reveals over 60% of Brits are unaware of the threats that climate change poses to UK supplies of cocoa, coffee and bananas.

In addition, well over three-quarters (78%) of respondents believe it’s important that people overseas who produce tea, coffee, food, flowers, cotton and other staple products imported by the UK are able to adapt to climate change.

The consumer survey, commissioned by the Fairtrade Foundation and run by Opinium, reveals that while public understanding of the links between decent incomes for farmers and climate resilience is low, there is a strong public willingness to address inequality caused by exploitative trade and climate change.

The findings follow new research from VU Amsterdam and Bern University of Applied Sciences that reveals over the next three decades, adverse climate conditions will trigger a drastic decline in banana yields in 10 countries, including India, Brazil and Colombia.

The survey also looked at whether increased public awareness around black history and racial equality in the UK over the last 18 months had had an effect on individuals’ understanding of exploitative trade, and their subsequent response.

It found that only 27% of Brits had become more aware of the UK’s colonial past and the exploitation that occurred at the hands of the British Empire, rising to just over a third (35%) of those aged between 18-34.

In light of increased awareness of historical exploitation, just one fifth (21%) have considered how they can avoid supporting exploitation in today’s trade and supply chains by buying certain products and avoiding others.

In addition, the survey found that one in 10 (16%) respondents believe damaging trade practices are a thing of the past. Nevertheless, it indicated the willingness of the majority to play their part in ending harmful trade practices, with two-thirds (67%) saying they would not buy a product if they knew it had links to human rights abuses or exploitation.

Fairtrade commissioned the survey ahead of Fairtrade Fortnight, the two-week annual campaign created to raise awareness about the positive impact of buying Fairtrade products.

This year’s Fortnight will highlight how buying Fairtrade is a simple yet impactful choice people can make to support farmers and workers in low-income countries as they work to adapt to the effects of climate change.

Fairtrade’s Choose The World You Want Festival will run online throughout the two weeks, featuring around 40 virtual events designed to engage and inform people about the harmful impact of the climate crisis on farmers and food supplies.

The festival also highlights how decent incomes and support through Fairtrade equips farmers to tackle climate impacts in their communities.

An overwhelming majority (84%) of Brits say that more should be done to prevent harmful trade practices, with seven in 10 (70%) believing that the responsibility to do so lies with governments.

Similarly, two-thirds (66%) of the public state that it is the job of governments to tackle climate change, with three in five (62%) saying the UK government should treat the climate crisis with the same urgency as the Covid-19 pandemic.

With the survey revealing that public appetite for government action on trade and climate is high, Fairtrade is urging supporters to call on UK politicians to deliver on their promises made at COP26 to provide new funding for farmers and workers in low-income countries facing the worst of the climate crisis.

Your power as a consumer

While less than half (44%) of survey respondents currently see buying Fairtrade as a way to engage in climate activism, 70% state they would consider buying Fairtrade if it helped ensure the future availability of staples like tea, coffee, cotton and chocolate.

Fairtrade therefore hopes that the Choose the World You Want Festival will remind the public of the power they have as consumers to address exploitation, trade injustice and global inequality, and help producers build climate resilience.

‘It’s clear that the public want to see an end to trade that exploits those who produce the commodities we rely on every day – particularly in the context of climate.

‘Cocoa brings so much joy to anyone who loves chocolate, but more needs to be done to ensure that farmers growing these products are supported to live and work well, and build their resilience to the devastating impacts of the climate crisis.

‘Farmers in low-income countries are already using their expertise to tackle climate change, but they urgently need more resources and decent incomes to do so.

‘Through Fairtrade Fortnight, and the Choose the World You Want Festival, we want to help more consumers to recognise the role they have in helping farmers and workers adapt to climate change. By choosing Fairtrade, they can make a real, tangible difference to the lives of people who grow much of the food we love to eat in the UK.’