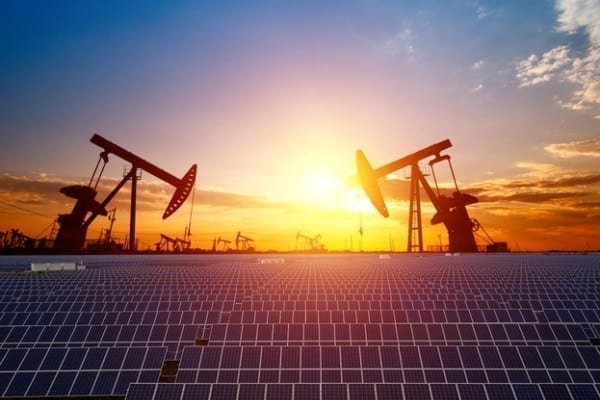 The global movement to divest from fossil fuel companies and invest in climate solutions has announced a major milestone, as the total assets pledged to divestment crossed 11 trillion dollars (US).

Campaigners marked this milestone with the release of a new report, ‘$11T and counting: new goals for a fossil-free world.’

The rapidly accelerating pace of divestment commitments is striking: while it took two years to shift the first $2 trillion, the most recent $2 trillion has taken just under six months.

The release of the report coincided with the start of Financing the Future, a global divest-invest summit being held in Cape Town on 10 and 11 September 2019.

With over 300 delegates from 44 countries in attendance, the conference is designed to build power among divest-invest advocates on every continent, working to accelerate the flow of capital out of the fossil fuel industry and into a 100% renewable energy future.

There is a particular focus on ensuring energy access for the 850 million people globally who lack access to electricity.

The summit’s location in Cape Town, a hotbed of divestment campaigning during the apartheid era, underscores the parallels between the movement for climate justice and ongoing campaigns for social, racial and gender justice.

While drawing strength from the success of the people-powered movement for divestment, summit organizers were quick to condemn the recent spate of xenophobic and gender-based violence in South Africa, and emphasise the need for thoughtful leadership in the fight for justice.

‘The struggle for climate justice is a struggle for fundamental human rights. Every person facing deeper levels of drought, stronger hurricanes or conflict has been wronged by these fossil fuel companies. Their rights to health, water, food, housing, and even life have been harmed, which is why Amnesty International has decided to divest from fossil fuel companies. This ensures that human rights and working towards clean renewable energy for all is at the forefront of the climate justice conversation.’

A key sector of the divest-invest movement, and of the summit, is the longstanding and continuing leadership of faith communities.

Today, 22 more faith institutions announce their divestment from fossil fuels, joining the global total of 170+ faith-based organisations that have stepped away from dirty energy.

‘Millions of people are confronting the rising hunger, sickness, and conflict that comes with a warming world, and faith institutions are responding with the clarity this crisis demands. We’re divesting from fossil fuels, proving that greed will never triumph over love.’

The only prudent response

Divestment, once strictly a moral call to action, is now also seen as the only prudent financial response to climate risk.

The fossil fuel industry has been lagging the market for over a decade now, finishing dead last in the S&P rankings in 2018.

The sector is underperforming, volatile and exposed to multiple transition risks, presenting a decidedly poor bet for investors.

‘Institutional investors literally have the power to make or break the future. Money lies behind every decision to expand or contract the fossil fuel industry, to slow or accelerate the clean energy transition. There is no more time for shareholder engagement with the fossil fuel industry that is digging and burning us past climate tipping points of no return. It’s time to divest. What side of history are you on?’

Assets committed to divestment have leapt from $52 billion in 2014 to more than $11 trillion today — a stunning increase of 22,000 percent.

‘These numbers are strong indicators that people power is winning. We would not have smashed our divestment targets without the thousands of local groups who have pressured their representatives to pull out of fossil fuels.

‘Working together at this summit, the first of its kind in the global south, we will identify the tools we need to change the choices made by financial institutions, and exchange resources that will help us align capital with climate goals.’

Click here to read our article about the world’s first human rights investigation into corporate responsibility for climate change.