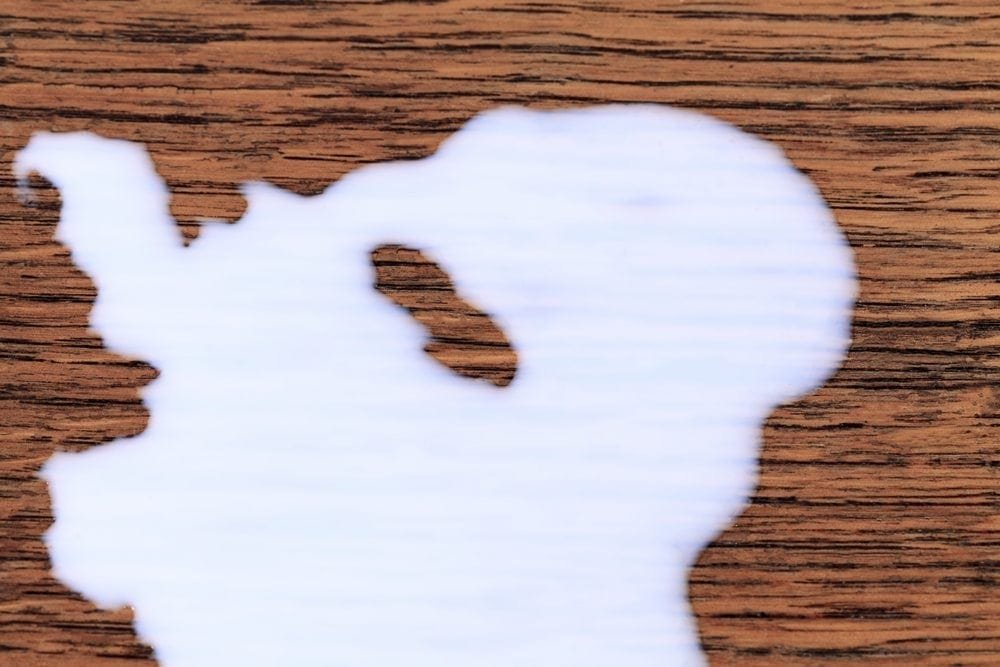 Most food in the supermarket – from meat to bread – comes wrapped in plastic packaging. Not only does this create a lot of non-recyclable, non-biodegradable waste, but thin plastic films are not great at preventing spoilage.

To make matters worse, some plastics are suspected of leaching potentially harmful compounds into food.

To address these issues, scientists are now developing a packaging film made of milk proteins – and it’s even edible.

The researchers presented their work at the 252nd National Meeting & Exposition of the American Chemical Society (ACS), the world’s largest scientific society.

‘The protein-based films are powerful oxygen blockers that help prevent food spoilage. When used in packaging, they could prevent food waste during distribution along the food chain.’

Current food packaging is mainly petroleum-based, which is not sustainable and does not degrade, creating plastic waste that sits in landfills for years.

To create an all-around better packaging solution, Tomasula and colleagues at the US Department of Agriculture are developing an environmentally friendly film made of the milk protein casein.

These casein-based films are up to 500 times better than plastics at keeping oxygen away from food and, because they are derived from milk, are biodegradable, sustainable and edible.

Some commercially available edible packaging varieties are already on the market, but these are made of starch, which is more porous and allows oxygen to seep through its microholes. The milk-based packaging, however, has smaller pores and can thus create a tighter network that keeps oxygen out.

Although the researchers’ first attempt using pure casein resulted in a strong and effective oxygen blocker, it was relatively hard to handle and would dissolve in water too quickly.

They made some improvements by incorporating citrus pectin into the blend to make the packaging even stronger, as well as more resistant to humidity and high temperatures.

‘The coatings applications for this product are endless. We are currently testing applications such as single-serve, edible food wrappers. For instance, individually wrapped cheese sticks use a large proportion of plastic – we would like to fix that.’

LAETITIA BONNAILLIE
Co-leader of the study

After a few additional improvements, this casein-based packaging looks similar to store-bought plastic wrap, but it is less stretchy and is better at blocking oxygen.

The material is edible and made almost entirely of proteins. Nutritious additives such as vitamins, probiotics and nutraceuticals could be included in the future. It does not have much taste, the researchers say, but flavourings could be added.

Because single-serve pouches would need to stay sanitary, they would have to be encased in a larger plastic or cardboard container for sale on store shelves to prevent them from getting wet or dirty.

In addition to being used as plastic pouches and wraps, this casein coating could be sprayed onto food, such as cereal flakes or bars. Cereals currently keep their crunch in milk due to a sugar coating.

Instead of all that sugar, manufacturers could spray on casein-protein coatings to prevent soggy cereal.

The spray could also line pizza or other food boxes to keep the grease from staining the packaging, or to serve as a lamination step for paper or cardboard food boxes or plastic pouches.

The US Food & Drug Administration recently banned the perfluorinated substances that used to coat these containers, so casein coatings could be a safe, biodegradable alternative.

Bonnaillie says her group is currently creating prototype film samples for a small company in Texas, and the development has garnered interest from other companies, too. The group plans to keep making improvements, and she predicts this casein packaging will be on store shelves within three years.