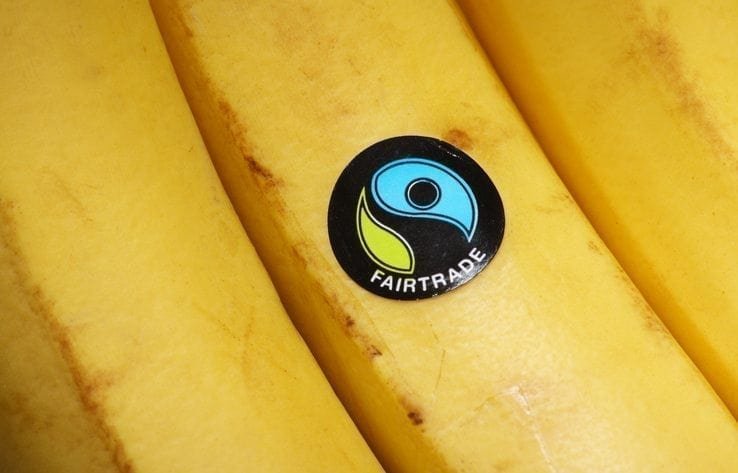 Aldi, Lidl and Co-op have backed the drive to end farmer exploitation this Fairtrade Fortnight

As Fairtrade Fortnight 2018 (26 Feb-11 March) gets into full swing, a number of important developments have been announced by businesses backing the drive to end farmer exploitation.

Both Aldi and Lidl have entered into global agreements with Fairtrade to increase the use of Fairtrade cocoa in their confectionery category across the UK and Europe.

Divine Chocolate has announced its highest ever turnover (£14m) for the year 2016-17, with sales in the US passing the $10m mark for the first time.

Fairtrade sales on the rise

UK shoppers are continuing to show their support for Fairtrade, with new figures revealing that retail sales for Fairtrade grew by 7% in 2017. Volumes were also up, with a 2.5% growth in the 52 weeks ending 31 December 2017.

Among the best performing categories was Fairtrade alcohol, which saw volume growth of 29%, driven in part by the continued growth of Co-op’s Own Label Fairtrade wine as well as Tesco expanding its range of Finest Fairtrade wine.

Elsewhere, the volume of frozen confectionary sold grew by more than 30%, with 2017 the year Ben and Jerry’s launched its Non Dairy ice cream – a Fairtrade first in the UK.

Partnerships with Mondelez and Waitrose

These figures just one part of the Fairtrade picture, as they exclude out of home sales through coffee shops and other outlets, plus the impact of Fairtrade’s wider programme partnership work with companies such as Mondelez and Waitrose.

Fairtrade received continued support from business in 2017. Among the more notable developments were Co-op’s commitment to switching all the cocoa it uses to Fairtrade and Waitrose’s commitment to making 100% of its own-label tea Fairtrade.

It’s a scandalous reality that millions of farmers and workers around the world are still being ripped off, despite working hard to provide the products we love. Despite the advances made by Fairtrade much more needs to be done.

The Fairtrade Foundation is calling on Fairtrade businesses to demonstrate why they support Fairtrade during Fairtrade Fortnight and show the impact it can have.

Fairtrade is exploring new ways of working with business and has undertaken a supply chain mapping and transparency pilot, funded by the Department for International Development. Through this work Fairtrade could play an influential role as a partner to businesses looking to tackle human rights abuses and modern slavery risks in their supply chains.

Click here to find out which big brands have committed to using 100% sustainable cotton.