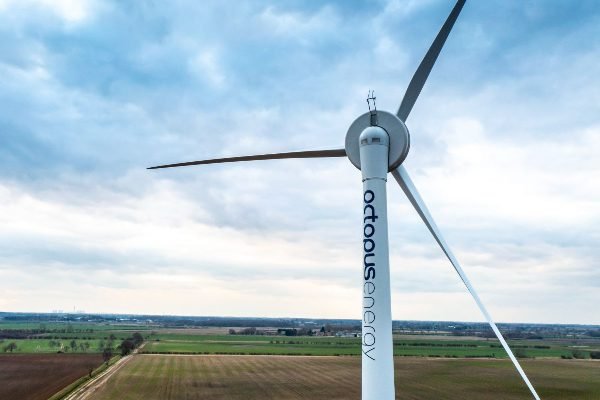 Octopus Energy Group has announced it will raise and create £4 billion of global people-led renewable energy projects through ‘Fan Club – The Collective’ by 2030./span>

‘We are pledging to create a whopping £4 billion of people-driven clean energy projects over the next decade. In order to do that we’ll be bringing the worlds of energy technology and institutional investment together, and opening up the opportunity for anyone who wishes to invest in energy projects.

‘Our wind turbine tariff ‘The Fan Club’ has changed the way that people living near to them think about energy. By matching this generation with our proprietary technology platform Kraken, we’re making sure that the cheapest electrons are also the greenest electrons and the ones to travel the shortest distance.

‘Soon even more customers will be able to join our people-driven green energy tariffs, helping out their pockets and the planet.’

To kick the pledge off, an investment of £10 million has already been secured to expand Octopus Energy’s local wind power tariff ‘The Fan Club’, growing it from two turbines to eight.

The tariff enables communities close to the dedicated wind turbines to benefit from cheaper rates when the turbines are spinning, which is 80% of the time.

Following ‘The Fan Club’ model, ‘Fan Club – The Collective’ will initially focus on onshore wind before expanding to solar energy.

The solar projects will connect customers to local solar farms so that they benefit from cheaper green power when the sun is shining.

Octopus Energy plans to supply around 2.5 million households with green power through ‘Fan Club – The Collective’ by 2030.

The move demonstrates Octopus’s ambition to back decentralised energy generation globally, ensuring the cheapest electron is also the greenest electron for customers – wherever they are in the world.

‘Fan Club – The Collective’ is part of Octopus Energy Group’s wider plan to create 18 gigawatts of clean energy generation projects by 2027, representing enough power for 10 million homes and an investment of £20 billion.