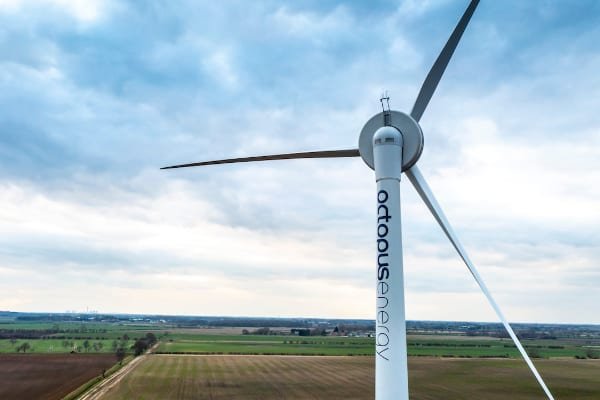 Octopus Energy Group has announced it is set to acquire Octopus Renewables in a move designed to shake up the global energy market and help drive a cheaper, faster energy transition through technology.

The entech pioneer is the UK’s fastest-growing energy supplier; it has gained two million customers since launching to the market less than five years ago, making it the fifth-largest energy supplier in the UK.

Octopus recently hit a $2 billion valuation – or double unicorn status – following its second large-scale investment round in a single year. The business was the second-most funded UK tech company in 2020.

The deal takes the firm deeper into the energy space, adding £3.4 billion worth of generation capacity from Octopus Renewables into its green energy asset management portfolio.

This will make it one of the largest operators and investors in renewable energy in Europe.

The portfolio has more than 300 clean energy assets, with a combined capacity of 2,800 MW across six countries. Last year it generated enough energy to power over 1.2 million homes.

By 2027, Octopus Energy is planning to match its supply and generate enough energy to power over 50 million homes across the globe, which is in line with the company’s own ambitions for customer growth.

In January, Octopus Energy made its first move into the generation market by acquiring two wind turbines, signalling the company’s firm ambition to become a globally leading end-to-end energy business.

It launched the revolutionary ‘Fan Club’ tariff, a world first that gives customers cheaper energy when local wind speeds are up.

Greg Jackson, CEO and founder of Octopus Energy Group, believes bringing the talent of both companies together will be a win-win for everyone involved.

‘We are absolutely thrilled to join forces with Octopus Renewables, bringing the supply and the generation side of energy together under one roof.

‘This move will allow us to create a business that is unrivalled on the global stage; by combining our tech and consumer-led approach with the fund management expertise of Octopus Renewables, we can change the entire energy lifecycle, make every green electron matter, and deliver the green energy transition faster and cheaper for everyone.’

A revolution in clean energy

Octopus Energy Generation is run by Zoisa North-Bond, an accomplished leader in the UK renewable generation sector who successfully established Octopus Energy for Business in 2018.

Commenting on the deal, Zoisa North-Bond, CEO of Octopus Energy Generation, said she is looking forward to building the team that will super-charge the UK’s green energy revolution.

‘I’m incredibly excited to welcome the brilliant team behind Octopus Renewables into the Octopus Energy family and continue to grow this new side of our business’, Zoisa said.

‘Combining the team’s in-depth investments and energy knowledge with our industry-leading energy tech platform Kraken, I’m convinced that we have what it takes to make this a reality while helping the UK to transform its energy system and build a strong green energy economy.’

He said: ’There is a huge opportunity here to unleash pent-up capital that can help deliver the green energy transition faster than anyone ever imagined.

‘While existing funds will see no material changes to the activities under Octopus Renewables, we are hoping to enhance returns even more over time as we increase efficiencies along the energy supply chain and unlock a multitude of new investment opportunities.’

The planned acquisition is subject to receiving customary formal consents and regulatory approval.