By Lewis Pugh, endurance swimmer and UN Patron of the Oceans 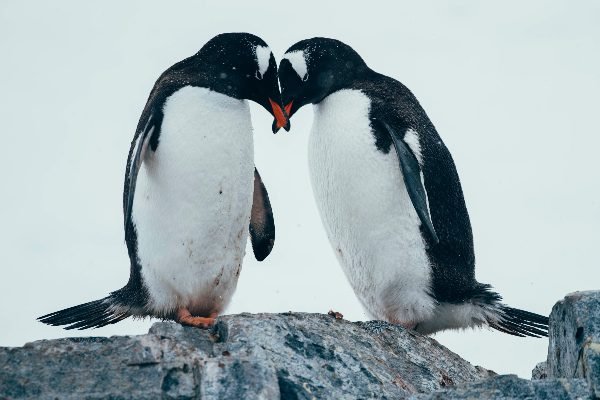 As an endurance swimmer, I’ve spent almost as much time in the ocean as I have on land. As UN Patron of the Oceans, it is my task to ‘speak’ for the oceans and the wonderful creatures that live within it. This position is an honour, but also a humbling task.

How can I possibly speak up for the mighty whale, which knows the pressure and the mysteries that happen two kilometres under the ocean surface? How can I speak for a dolphin, which communicates in a complex system of clicks and squeaks that

I cannot understand? How can I possibly comprehend the profound intelligence of a predatory shark, a sedentary mollusc, or the microscopic phytoplankton on which the entire marine ecosystem depends?

I can only speak of what I have witnessed, through my imperfect human eyes – and they see far less vividly than a mantis shrimp, which perceives 12 channels of colour compared with our paltry red, yellow and blue.

In my 35-year swimming career, I’ve watched changes that are frightening in their implications. I have personally witnessed coral reefs bleached bone-white in the Indian Ocean. I’ve seen plastic on Arctic beaches that are thousands of kilometres from the nearest human habitation.

I’ve swum down a river of melt-water under the Antarctic ice sheet; the polar regions are feeling the effects of the climate crisis more dramatically that anywhere on Earth. I’ve swum over a seemingly endless carpet of whale bones on the ocean floor in the Southern Ocean, scene of an ecocide when whales were seen as nothing more than a source of oil for lamps and corset stays.

The triple threats of global warming, pollution and overfishing affect every single ocean and sea on our planet. Together, they are endangering the basis of marine life, which is also the very foundation of life on Earth.

I’ve swum for miles and miles in ancient seas and not come across a single fish. But I’ve also witnessed the miracle of recovery. I’ve seen the difference when a sea is declared a Marine Protected Area (MPA) – how healthy, colourful and abundant it becomes when we just leave it alone and give it a chance to reset and rebalance.

I’ll admit to some favourites when it comes to ocean creatures. I am particularly fond of penguins. It is devastating to learn that African penguins are expected to go functionally extinct on the west coast of Africa within the next 15 years.

The African penguin is just one casualty among too many. More than two-thirds of the world’s wildlife has been lost in the last 50 years due to human activities.

If you are shocked by that statistic, it is because you are kind. Kindness is another human quality (we call ourselves humankind, after all). We have the ability to plan ahead, to reminisce, to feel empathy and compassion. We can choose to be kind to our fellow humans, and to the animals we have relationships with.

We also have the power to turn that kindness into action. We can use that kindness to protect our Earth, our oceans and all the creatures in them.

Successful Marine Protected Areas show that we can help restore balance where we have destroyed it, if only we apply our collective will and intelligence. It starts with being kind.

This month, as world leaders gather for COP26, it is even more important than ever that nature has a voice. Our very survival depends upon it. I may not be able to speak to all the creatures in the oceans. But I believe they would support me asking for basic kindness on their behalf.