From hybrid to Tesla 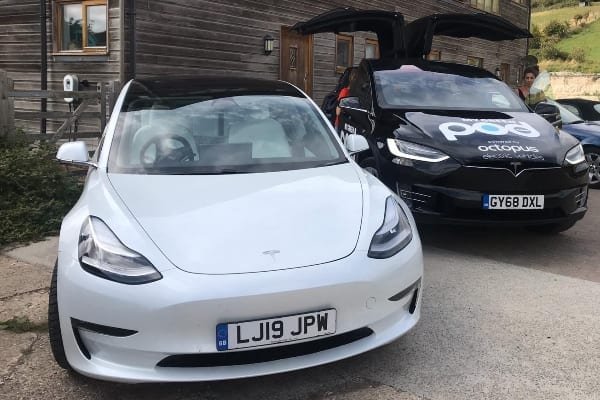 This article first appeared in our Consumer Revolution issue of My Green Pod Magazine, distributed with The Guardian on 06 March 2020. Click here to subscribe to our digital edition and get each issue delivered straight to your inbox

We have a Mitsubishi Outlander PHEV, which has been a great introduction to driving electric: the hybrid is a real compromise and less daunting than going straight to a fully electric vehicle (EV).

Like many people, I was initially drawn to EVs because they are less damaging to our environment. I did think some sacrifices would be required, but quickly realised that most of my worries were unfounded. The reality is that EVs are cleaner, quieter and faster.

Even though most of our family’s journeys are local and therefore in the Outlander’s electric mode, we’ve reached the point where we feel ready to take the next step and move to a full EV.
Frustratingly, when I started looking I found many of the vehicles on the market simply don’t cater for larger families (including two dogs) who like to spend weekends camping in the woods.

I was thrilled when I got the chance to test drive the Tesla Model 3 – though in the back of my mind I wondered how we would cope with the smallest vehicle in the Tesla range. I knew that the boot is not suitable for carrying dogs, but luckily we had planned to go camping while they had a holiday of their own.

As a huge Tesla fan, my anxiety prior to collection peaked. I kept imagining the Model 3 to be like a complex computer and wondered if I would even be capable of starting the car. Would I fail the Tesla test?

My worries disappeared the moment I slid into the driver’s seat, and the next 10 hours were a blur (yes, 10 hours – I couldn’t bear to get out). It was so easy to understand that, after just a few minutes’ guidance from the Tesla team, I was off.

The first thing I was drawn to was the feeling of space inside the cabin. Thanks to the incredible panoramic roof and the extending windscreen, this did not feel like the small car I was expecting.

Soon after setting off range anxiety kicked in – but it passed within seconds. I was used to just 30 miles of electric in our Outlander; even though we had the petrol back-up, we hated using it. 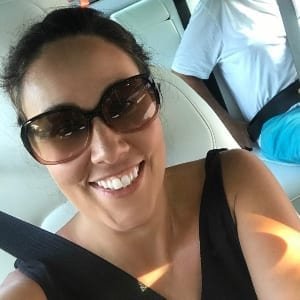 The Model 3 still had 200 miles left at the half-way home point.

I started thinking about when I would ever want or need to do a single journey of over 250 miles; the answer is perhaps once a year!

Over the course of the week I charged our test car once overnight and topped it up at a friend’s for a few hours.

If we were to own a Tesla, we would only need to charge the car once a week. We now feel confident that range is not something that would ever be a problem for us.

I have driven a Ferrari 360 Modena on numerous occasions and the only thing missing on the Tesla was the roar of the engine. However, it’s surprising how quickly you not only adjust to the silence of the Tesla’s engine, but also really start to welcome the peace it brings.

The handling was something else and I couldn’t help but feel people didn’t believe me when I tried to explain how well it stuck to the road, how smooth and insanely swift the acceleration was and how positive the steering felt. It is the kind of car you must experience for yourself.

My favourite find on the Model 3 was the ‘frunk’. A whole new term and idea to me, the front trunk was a godsend for supermarket shopping and was great for keeping my bags upright. No more fruit rolling around in the boot!

On the subject of the boot, we managed to fit all of our usual camping gear in the rear boot, with plenty of room to spare. The Model 3 is like the gift that keeps on giving.

The most unpleasant part of the week-long test drive was giving the car back. Once you’ve experienced a Tesla, its difficult to get behind the wheel of anything else.

We are now awaiting the arrival of the Tesla Model Y; it will have all the benefits of the Model 3, but with the extra space for our dogs.