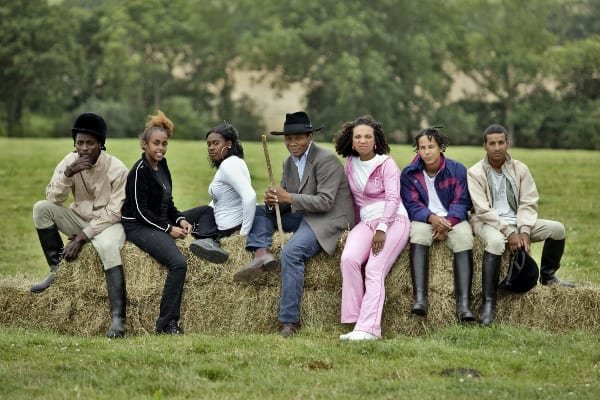 An estimated 330,000 allotment plots are available today in Britain, the vast majority of which are the responsibility of local councils.

Research by the National Allotment Society reveals interest in obtaining an urban allotment plot has spiked to by 45% during the coronavirus pandemic, yet 49% of councils say the average waiting time for an allotment plot is over 18 months.

Rather than responsibility for allotment space being placed solely on local councils, The Black Farmer, Wilfred Emmanuel-Jones MBE, says church, state and private land owners should be doing a lot more to make plots available.

‘The government, Ministry of Defence and Church of England all own vast swathes of land and could be doing a lot more to welcome people from diverse urban cultures – but particularly black people – into allotments and ultimately into the countryside’, he says.

‘Urban allotments provide a fantastic onramp into farming, functioning as ‘Farming Lite’ for young people who might like to dip their toe in.’

Wilfred Emmanuel-Jones MBE (born 07 November 1957) is a British businessman, farmer and founder of The Black Farmer range of food products.

Wilfred was born in Clarendon, Jamaica, but in 1961 he moved with his parents to the United Kingdom. They settled in Small Heath in Birmingham, where he was one of nine children living in a small terraced house.

After working in the catering industry, Emmanuel-Jones enrolled on a training scheme that led to a job working for Peter Bazalgette on the BBC series Food and Drink.

He later continued to work in television, as a producer and director for 15 years and appeared in the Robert Llewellyn production Carpool on 22 January 2010.

Cameron’s Black Tory, shown on Channel 4 after the General Election on 06 June 2010, filmed Wilfred over a four-year period in his bid to become the Conservative Party MP for the nominally Liberal Democrat seat of Chippenham.

Wilfred’s TV career gave him the capital to buy Higher West Kitcham Farm, on the border of Devon and Cornwall in St Giles on the Heath, Launceston, which he continues to farm.

He became known to the locals who helped him initially with farming as ‘The Black Farmer’, which inspired him to set up the brand of the same name.

Wilfred has since become involved in setting up the Black Farmer Scholarship, the aim of which is to help and encourage ethnic minorities to work in the rural community, an area where to date they have been under-represented.

Wilfred was appointed Member of the Order of the British Empire (MBE) in the 2020 New Year Honours for services to British farming.

‘Tending to my father’s allotment in Birmingham, aged 11 years, I made a promise to myself that I’d own a farm one day. To me, that small green patch was an oasis and an opportunity to escape from the cramped two-up, two-down terraced house I shared with my family of 11.

‘It took 30 years of hard graft – from leaving school aged 16, to the army. As a child of the Windrush generation, it means something to own and tend land.

‘Gatekeepers of pastoral Britain have the power to make a difference and it’s time they were challenged to do so.’

Echoing the National Allotment Society, Wilfred believes central government should start seeing allotments as part of the answer to national food security and acknowledging the valuable role that they play in raising public health and wellbeing.