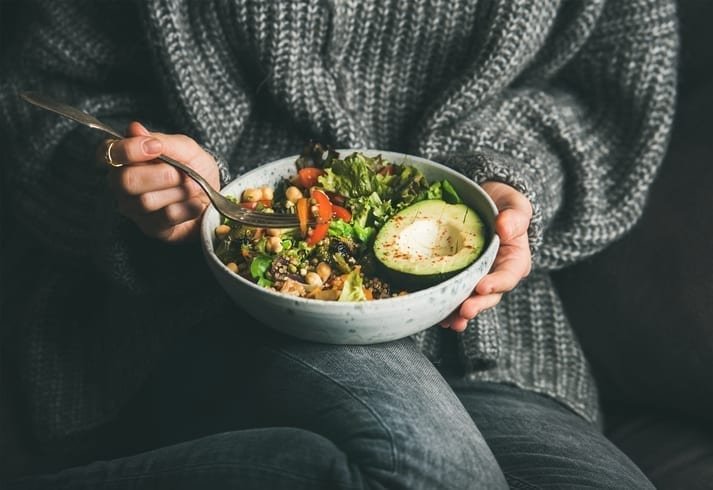 TV presenter Fearne Cotton has joined a host of celebrities backing calls for Britons to go vegan for 24 hours on World Vegan Day.

Vegan charity Viva! is asking social media users to avoid animal-based products on 01 November in a bid to highlight the environmental damage done by livestock farming.

Post a short video message on social media, explaining why you have been inspired to #GoVegan24.

Fearne Cotton said: ‘For many people who find giving up animal-based products difficult, #GoVegan24 gives them a perfect way of exploring the benefits of veganism.’

#GoVegan24 is the brainchild of vegan charity Viva!. The charity believes animal farming is at the heart of the climate crisis and destruction of nature.

‘Our once-pristine natural world is disappearing before our very eyes. Wildlife is under huge threat from livestock farming and overfishing.

‘We’re calling on people who might not have felt they can commit to going vegan full time to try it for 24 hours on World Vegan Day on 1 November. I’m certain they won’t be disappointed.’

Campaigners say going vegan is the single best thing you can do to reduce your impact on the environment.

‘We can all play a part now in halting wildlife extinctions.  #GoVegan24 is a first step on that journey.

‘I went vegan because I realised that eating animals affects everything — from the environment to health and poverty. We can each levy our consumer power to do our part for the world. #GoVegan24 is your first step on that journey.’

Nature is declining globally at rates unprecedented in human history. One million animal and plant species are now threatened with extinction.

Since 1980 more than half of the increase in agriculture has been at the expense of intact forests, with 70% of agriculture related to meat production.

Fish are being exploited as never before, with some 33% of fish harvested at unsustainable levels since 2015.

The global meat and dairy trade is one of the foremost drivers of habitat destruction across the globe, with some of our most precious natural habitats being bulldozed to make way for beef cattle.

Founded in 1994 and based in Bristol, Viva! campaigns for a vegan world ‘because taking life unnecessarily is obscene, damaging and plain wrong’.

Click here to read our article about how to go vegan.