How to go vegan 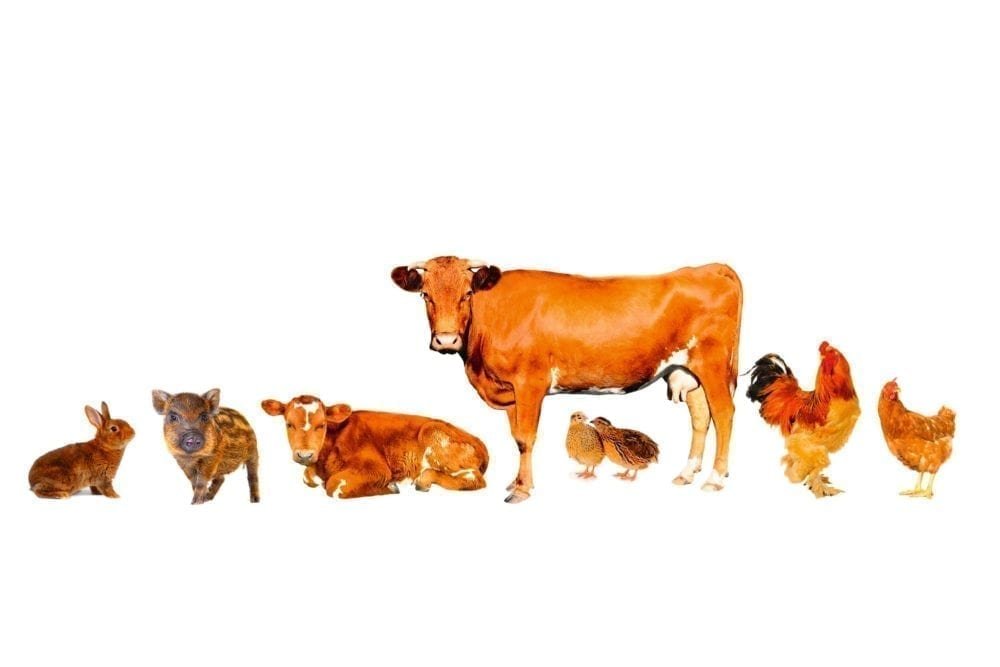 We find out why Veganuary’s founders are making it easier to go vegan any time, anywhere

Jane Land initially thought her partner Matthew Glover was slurring his words when he blurted ‘VEE-GAN-U-ARY’ during a wine-fuelled conversation in their living room. ‘Maybe he was’, Jane said, ‘but it actually made sense!’

As vegans, the pair had been ‘horrified’ to discover how animals are treated in the mainstream food system. ‘Becoming vegan is one of the best things an individual can do to reduce animal suffering,’ explains Matthew. ‘And we know that people who change a behaviour for a month find it easier to change habits in the long term. January seemed a logical time to encourage the shift to veganism, as it’s when people commit to New Year’s resolutions that will improve their own lives and also help others.’

Within a couple of months, Jane and Matthew had created a brand and website, and the very first Veganuary was run late at night from their bedroom; they were entrepreneur and English teacher by day, animal campaigners by night.

Since that wine-soaked autumn evening of 2013, ‘the new month with the weird name’ keeps getting bigger and better. There has been a 20-fold increase in the number of people pledging to ditch meat and dairy for the month of January, and the campaign continues to double in size every year. 60,000 took the pledge in 2017 and this year, Jane and Matthew estimate a further 150,000 are taking part.

But Veganuary isn’t just about January any more; a new ‘Try Vegan This Month’ initiative is helping anyone to go animal-free at any time of the year.

Participants who sign up will receive all the same love and support from the Veganuary team as those who take part during January, including access to global advice on a closed, 10,000-strong Facebook group and daily emails on the practicalities and benefits of trying a vegan diet.

Help is also at hand from the new book, How To Go Vegan (available from Waterstones and Amazon). The result of a partnership between Hodder & Stoughton and Veganuary, this accessible, practical guide to going vegan makes replacing meat and dairy products easy and fun. ‘Being vegan doesn’t have to be tough or scary and we want as many people as possible to give it a try’, Matthew told us. ‘Our book is designed to help people along that journey, and it will be a useful tool for friends and family, too.’

A lifestyle in demand

The chances are you now know at least one vegan; research commissioned by The Vegan Society found a 260% increase in the number of UK vegans over the past 10 years. More recently, our biggest supermarket chain, Tesco, announced that demand for vegetarian and vegan ready meals and snacks soared by 40% in just 12 months.

In three years, ‘vegan’ internet searches have risen 221% and ‘dairy free’ by 91%. These steadily growing food trends reflect people’s desire for long-term change in their eating habits. We’re turning our backs on fads and quick fixes and opting instead for whole, real-food diets.

One company benefiting from these changes is Veganuary sponsor Tideford Organics, which has seen a 43% growth in sales since switching to fully plant-based products. Lynette Sinclair, the company’s MD, said, ‘On top of such a positive sales increase, we’ve calculated the environmental impact of our new range. Tideford has saved 63,000kg of CO2 this year – the same amount of carbon stored by 74 acres of forest in one year, or the equivalent of switching over 2,000 incandescent lightbulbs to LEDs.’

The potential impact of business-wide shifts is huge, but individuals can also make a big difference. Calculations suggest that each person’s commitment to Veganuary can spare the suffering of 30 animals and save carbon emissions equivalent to driving 1,500km in your car.

The internet, and social media in particular, has been key to getting this information out to a wider and more diverse audience than ever before. Information is only a few clicks away, and celebrities with serious social clout, ranging from Lewis Hamilton to Beyoncé, are giving the movement a nudge with public endorsements of a plant-based diet.

In her foreword to the new How To Go Vegan book, Harry Potter star Evanna Lynch wrote, ‘this is a beautiful, inspiring, information-packed tome, which feels like a friendly vegan fairy godmother taking your hand and guiding you down your personal tailor-made path to becoming the best vegan you can be.’

And that, in a nutshell, is what Veganuary tries to be.

Egg-free baking
Aquafaba – the liquid in a can of chickpeas – is a great egg replacement when baking.
Three tablespoons are roughly equal to one whole egg, while two tablespoons can be used in place of one egg white.

How to milk a nut
It’s easy to find a substitute for milk; most supermarkets carry an almond, hemp, soy or rice milk alternative – or you could make your own by blitzing 1.5 cups of nuts with 2.5 cups of water (add a couple of dates to sweeten). If you like a foamy latte, Oatly’s Oat Drink Barista Edition froths up beautifully.

Click here to take the month-long vegan pledge any time of the year.