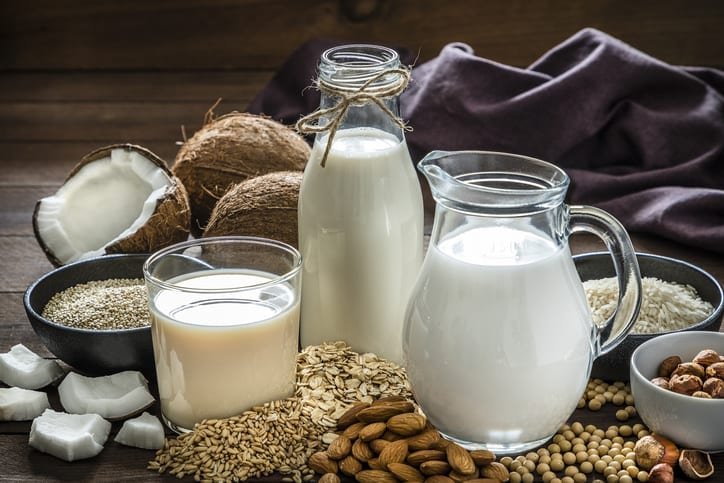 Ethical Consumer, the independent research group that helps shoppers understand the ethical credentials of products and services, has released research to help shoppers identify which brands of plant-based milks are the best buys when it comes to the environment.

The new guide has been issued after concerns were raised in the media about the impact on eco systems around the world that the production of key ingredients used to make plant-based milks are having.

‘There’s been a huge rise in the availability of plant-based milks, with shoppers now offered various types of milk from a plethora of brands. At the same time there’s also been some quite disturbing news out there about how the production of those alternative milks is harming the environment.

‘For the consumer it can be a little overwhelming to navigate which type of plant-based milk really is best to drink. That’s why we’ve released our new guide and highlighted some recommended buys.’

The guide reminds shoppers that whilst there are concerns around the production of some plant-based milks, they remain a far better choice than animal-produced milks, particularly cow’s milk.

Josie Wexler, co-editor and author of the plant-based milks guide at Ethical Consumer explains: ‘Regardless of their problems, plant-based milks are all substantially better for the environment than dairy milk. Their climate and land impacts are much smaller, their water use is invariably less, as well as their impact on biodiversity.’

Ethical Consumer has given four plant-based milk brands its Best Buy status. The brands are Lucy Bee, Plamil, Good Hemp and The Bridge.

Good Hemp sells exclusively hemp milk, whilst The Bridge sells pretty much everything turned into a milk, all of it organic: almond, oat, soya, coconut, rice, buckwheat, spelt, Brazil nut, chickpea and quinoa.

All of these Best Buy companies are wholly vegan and have ethics embedded across all of their activities.

The guide provides detailed analysis of the environmental impact of the different types of milk and offers advice about areas of concern to consider.

‘What’s important as a consumer is to buy the most ethical brand available of the plant-based milk of your choice, which often mitigates the problems sometimes associated with that type of plant-based milk. My personal preference is for pea milk. It’s one of the newest plant milks currently gaining a following in the UK. It isn’t green – it’s made from yellow split peas and tastes a lot like dairy milk.

What to look for

It’s recommended that you should buy soya milk where the soya is grown outside of South America, and using organic methods.

If you prefer coconut milk, then look for brands that carry the Fairtrade mark.

The most sustainable almond milk uses nuts grown organically, and from the EU rather than California.

The guide also reminds shoppers to avoid milks sold in plastic bottles, encouraging consumers to choose cartons or glass, and even gives instructions on how to make your own.

Josie Wexler continues: ‘We know more people are adopting plant-based diets for environmental reasons. It’s important that shoppers understand the ethics of the companies behind the brands, and make sure that they aren’t unwittingly giving their custom to a company whose standards fall short of what they would expect.’