How to Survive The Apocalypse 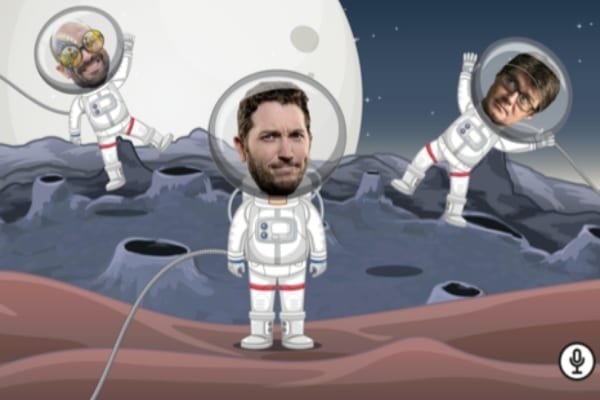 The new podcast from Jon Richardson and the Futurenauts is now available!

Main image: Atlas of the Future

Looking for an antidote to the doom and gloom of the current global situation?

Comedian Jon Richardson (Ultimate Worrier, Meet the Richardsons, 8 out of 10 Cats Does Countdown) has launched a new podcast – together with world renowned futurists Mark Gillespie and Ed Stevenson – that does just that.

How to Survive the Apocalypse explores – with optimism and humour – the many ways in which we can all make the world a better place.

Jon doesn’t sleep much at night. The questions he is asking himself in the small, dark hours see to that.

Are we going to run out of food? Is it already too late to stop climate change? Should I start learning Mandarin? Are killer death robots from the future already among us? Will my kids grow up to see a real tiger or giraffe? Could Trump become ‘President for Life?’ Why hasn’t anyone yet made an intelligent hairbrush? Oh they have? As you were…

Playing on his own worries and concerns, Jon will discuss his fears with guarded optimists Ed and Mark – aka The Futurenauts: authors, futurists and provocateurs.

To ease Jon’s angst, The Futurenauts take him on adventures through the futures we need – which already exist today.

Released every Friday, each episode will feature burning questions from Jon, which Ed and Mark will endeavour to answer through inspirational examples.

You can listen to the show here.

The company will officially launch later this year, with over 20 new shows set to feature some of the biggest names in British comedy, sports and entertainment.