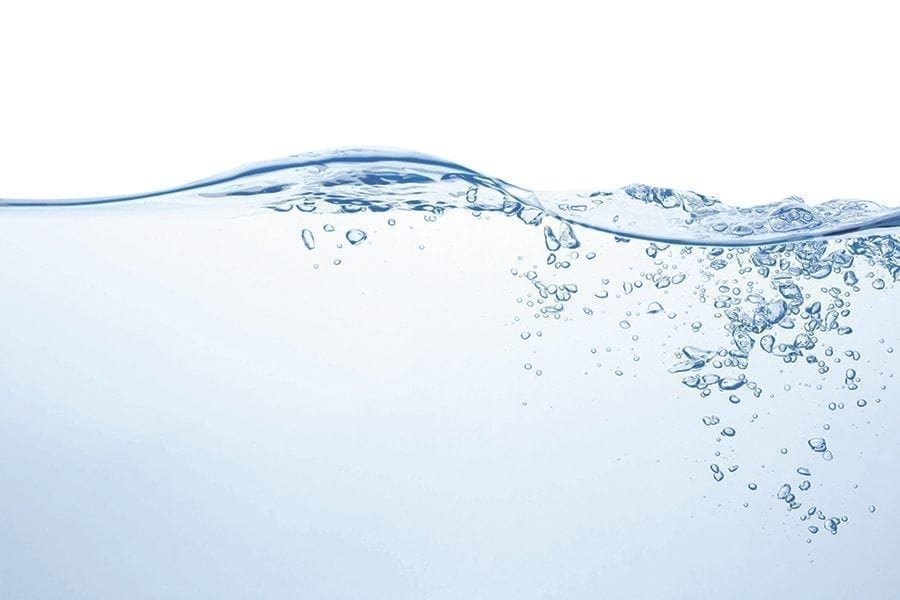 Acid water, alkaline water, ionised water — and now hydrogen water, the latest in a string of miracle waters designed to heal and nourish the human body. So what’s the deal with this new twist on the most vital of human drinks, and can anything really beat plain old water when it comes to hydration?

Hydrogen water is a new health product that’s hitting UK shores with a string of VIP endorsements behind it — from royal families and politicians to celebrities and those ‘generally in the know’. The grouping of celebrities and politicians with ‘those in the know’ is the first thing to question. The second is whether enriching H2O with H2 can genuinely be said to have any positive biological benefits.

While it’s a relatively new phenomenon in the UK and Europe, hydrogen-enriched water is pretty popular in Japan, where it’s believed to slow down oxidation processes in the human body. Additional claimed benefits are rehydration, energisation and detoxification.

We all know the dangers of dehydration; it’s a primary cause of hospitalisation for the elderly and has been linked to infections and a decline in cognitive and athletic performance. The body’s cells must be kept hydrated in order to function, communicate, signal, metabolise and everything else. But why do we need extra hydrogen in our water?

According to Prof. Tyler Le Baron, Molecular Hydrogen Institute, hydrogen gas has been shown to have a therapeutic effect on over 70 human diseases. Dr Hidemitsu Hayashi developed his Water Regulating Theory in 1995, working on the basic premise that oxidation brings about sickness, and reduction restores us back to health again.

Dr Hayashi explains that, because living organisms originated in water, all the necessary conditions for their birth and survival should also exist in water. He continues that oxidation by active oxygen can cause every disease — from deactivating enzymes in the cells to damaging DNA and destroying lipid membranes.

In contrast, active hydrogen should be the ideal antioxidant to bring about recovery. Dr Hayashi highlights that, while vitamin C — or ascorbic acid — is a known antioxidant, when oxidised it produces dehydroascorbic acid, which might damage DNA. In contrast, after the reduction of active oxygen, active hydrogen derived from hydrogen-rich water makes nothing but H2O, eliminating the risk of side-effects.

An interesting paper was submitted by Happe in January 1997. In it, he said that the oldest life forms, Desulfovibrio gigas, had developed an enzyme to activate hydrogen 3.8 billion years ago. The hydrogenase enzymes split molecular hydrogen into atomic hydrogen — but it wasn’t clear why it had been necessary for these microbes to develop such an enzyme. It may well have been to produce active hydrogen to combat the active oxygen that might threaten their existence.

Conrad Swailes discovered hydrogen water whilst investigating potential cancer cures, including viral and bicarbonate of soda treatments, after his mother and uncle were both lost to cancer and his father was diagnosed with lung cancer. ‘I started drinking it myself and realised within weeks some tangible changes in my body’, he told PQ. ‘It was very difficult to get hold of the water and that’s when I realised what a great opportunity there was to spread the news on what I had discovered and take it to the wider market.

‘This is not just another product, but something that can actually help everyone be healthier and possibly prevent some major illnesses. I’m not saying this is some miracle cure for anything, but what I am saying is that from what I have seen so far, what others are saying and what other scientific people are saying, too, it’s quite possible this is one of the most important developments in the health and wellness markets for some time. In time we will have more proven medical backup from various studies that are already happening around the world.’

Electrolysis, reaction with alkali-earth metals and ionisation are all ways to enrich water with H2. The idea and means to reform water by electrolysis were developed in Japan about half a century ago, and the reason why the devices were found nowhere else can be explained by differences in water hardness. Japan’s water is soft, with a hardness of around 50ppm, whereas in London water hardness is over 130ppm.

Beyond electrolysis, you can inhale molecular hydrogen gas (H2), inject it or drop it into your eyes in a saline solution, bathe in it or — perhaps most appealingly — drink hydrogen-enriched water.

In a bid to make hydrogen water available to everybody – and at a reasonable cost — Conrad launched Hydronaid. It’s the first hydrogen water to enter the UK and European market, and is based out of a production facility and global distribution centre in the outskirts of London.

Although some people have felt immediate benefits of drinking hydrogen water, Conrad suggests that regularly consuming a litre a per day will give the best results.

FOR MORE INFORMATION ON HYDROGEN-ENRICHED WATER AND ITS BENEFITS, VISIT HYDRONAID.COM OR MOLECULARHYDROGENINSTITUTE.COM.