Iceland and Co-op back a DRS 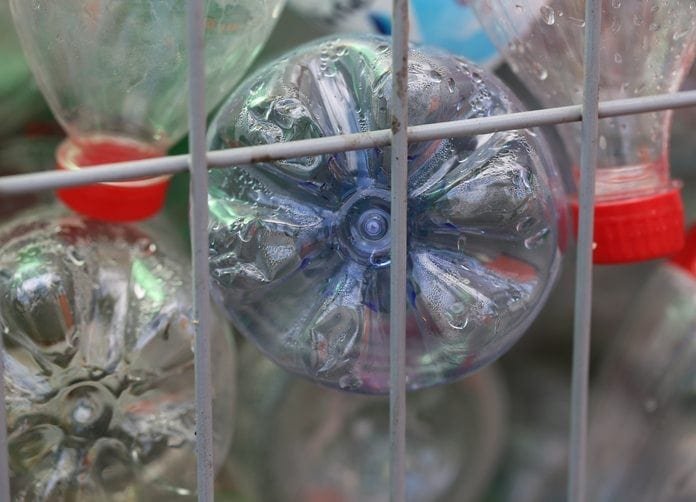 Iceland and the Co-op have become the first supermarkets to back a UK-wide bottle deposit return system (DRS) as a way of tackling the growing threat of ocean plastic pollution.

The announcements came in a response to a Greenpeace survey of supermarkets’ views about the introduction of a UK-wide DRS system. Scotland has already decided to introduce a DRS and England and Wales are currently considering the option.

‘It is possible to prevent throwaway plastic polluting our rivers and oceans, but to achieve this we really need companies to step up to the plate.

‘That’s why it’s brilliant to see Iceland and the Co-op coming out in favour of deposit return schemes – one of the tried and tested solutions needed to end the ocean plastic pollution crisis.’

In response to the survey Iceland stated that it ‘fully supports Greenpeace’s call for the Government to impose a bottle deposit return scheme’. The supermarket chain also offered to host a DRS reverse vending machine in a number of its stores for the government to trial.

‘Every minute, a truckload of plastic waste enters our oceans. In Britain, we are failing to recycle up to 16 million single-use plastic bottles every day.

‘This cannot carry on. It is causing untold damage to our oceans and wildlife. It is also a ticking time bomb for humanity, since we all ultimately depend on a healthy ocean environment for our own survival.

‘Deposit return schemes work. In Norway theirs has led to 96% of all bottles being returned, with similar results in other countries that have adopted a DRS. Britain urgently needs to do the same.

‘Introducing a DRS may well add to our costs of doing business. However, we believe it is a small price to pay for the long-term sustainability of this planet. I urge all other retailers to do the right thing and follow suit.’

The Co-op said it’s ‘in favour of creating a deposit return scheme which increases the overall recycling of packaging and significantly reduces litter and, importantly, helps tackle marine pollution’.

‘The Co-op is in favour of creating a deposit return scheme which increases the overall recycling of packaging and significantly reduces litter and, importantly, helps tackle marine pollution.’

Lack of commitment from other shops

All other national supermarkets surveyed, including Tesco, Sainsbury’s, Waitrose, M&S, LIDL, ALDI and Morrissons, were either non-committal or expressed reservations about DRS in their replies to Greenpeace.

‘Iceland and Co-op have shown some vision and set the standard – now it’s time for other companies to follow suit and start publicly backing deposit return schemes.’

Why we need a DRS

35 million plastic bottles and 20 million aluminium cans are sold daily in the UK, and many end up as litter, in our oceans or in landfill sites.

Countries such as the US, Norway and Germany have demonstrated that the introduction of a simple deposit on plastic bottles and cans can raise collection rates above 90% and reduce littering.

On top of that, a recent report revealed that local authorities across England could save up to £35 million every year by introducing a deposit refund system for drinks containers.

Click here to find out more about the case for a DRS.