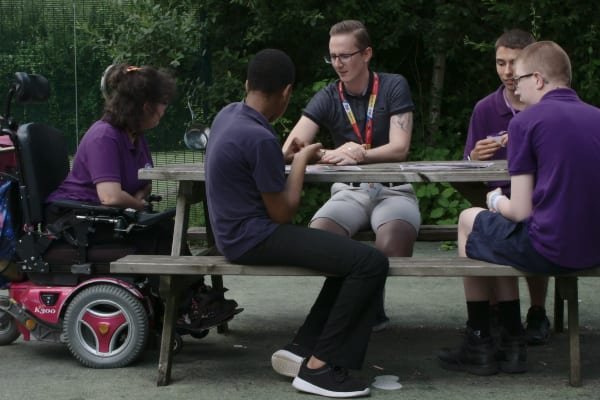 More pupils from the most deprived areas of England will be able to start The Duke of Edinburgh’s Award thanks to a government funding boost of £3.4 million.

The Department for Education has announced it will work with the Award to expand opportunities to up to 291 more schools not currently delivering it, enabling access to young people who may previously have faced barriers to taking part.

The investment is part of the government’s ‘levelling up’ agenda to ensure all pupils have fair and equal access to high-quality enrichment activities, alongside a £14.4 billion increase in school funding over three years.

Its own research last year found evidence of the positive benefits on participants’ mental health and wellbeing, with 62% saying they agreed that taking part in The Duke of Edinburgh’s Award made them more confident with overcoming difficult situations.

The charity aims to build on this so that more young people, regardless of their circumstances, can access The Duke of Edinburgh’s Award.

There is also evidence to support the impact of The Duke of Edinburgh’s Award on young people’s resilience, self-belief and sense of agency, their social and employment-related skills such as teamwork, responsibility and problem-solving, and the knock-on benefits to their academic attainment and employability.

Working with the Department for Education, The Duke of Edinburgh’s Award will focus on recruiting schools not currently delivering it in areas where deprivation is highest, according to the English Indices of Deprivation Data.

The funding will support a new national programme to upskill its team and volunteers and help enrol more schools and clubs, to ensure all young people have access to DofE.

The ambition is to increase the number of centres, such as schools and youth groups, offering DofE to young people with SEND and train hundreds of Leaders – trained individuals supporting groups of young people through their DofE journeys.

At least 15,000 young people will achieve a DofE Award sponsored by the 200,000-strong United Grand Lodge of England (UGLE) to support The Duke of Edinburgh’s Award.

‘We’re very grateful to the Freemasons for their generous grant, which will give many thousands of young people with disabilities and special educational needs the chance to take part in the DofE and gain its life-changing benefits. This is a wonderful and very practical way to continue The Duke’s amazing legacy and to spread the benefits of the DofE further than ever before.’

CAROLINE GLEN
Director of fundraising, The Duke of Edinburgh’s Award

The programme has been designed to make DofE participation possible for students with diverse difficulties and disabilities.

It will help the students to build crucial personal life skills, develop employability skills and become more independent, and aims to offer students the same experiences available to their peers in mainstream education.

The impact of achieving a DofE Award is remarkable and will be life-changing for young people with physical or learning difficulties, who are often excluded from adventurous activities due to a lack of accessible equipment, facilities, trained support staff and funding.

The Duke of Edinburgh Award

The DofE was set up by The Duke of Edinburgh in 1956. Since then, 6.7 million young people have taken part and 3.1 million have achieved their Award, proving to themselves that they’re ready for whatever life throws at them.

Due to the pandemic, the DofE has never been more needed. It offers young people the chance to be free to follow their own passions and discover new skills and talents they never knew they had.

Participants make a difference in their community by volunteering for causes they care about. They escape, have fun and make friends for life – and learn that if you believe in yourself, you can do anything.

In 2020/21, 45,000 achieved an Award and 62,400 earned their Certificate of Achievement, through a range of Licensed Organisations including schools, youth groups, young offender institutions, sports clubs, hospitals and fostering agencies.

22% of new participants were young people facing financial hardship, social exclusion or those that need specialist support to do their Award, such as young offenders or young people with special educational needs or disabilities.

The DofE’s ambition is to reach one million more young people in the UK over the next five years, as part of its Youth Without Limits strategy (launched June 2021).

His Royal Highness, The Duke of Edinburgh, who founded the DofE in 1956, was himself a Freemason, having been introduced to Freemasonry in 1952 at the age of 31 by his father-in-law King George VI. Throughout his 99 years, he was associated with some 992 charities, either as president, patron or honorary member.

‘Prince Philip was well known for his charity work, having been involved with numerous organisations. At UGLE, we looked for a project that would honour Prince Philip’s memory. Helping young people with special educational needs and becoming a strategic partner of The Duke of Edinburgh’s Award is therefore a great honour for us.

‘Helping the DofE was an easy decision as Freemasonry’s core values are charity, integrity, respect and friendship.’