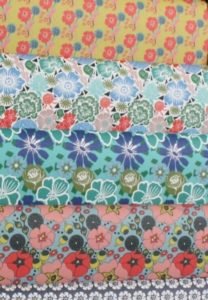 ‘I compare it with a nest of termites: individually they don’t do that much damage, but collectively they can destroy a home.’ David Izzard is, of course, talking about wrapping paper – the unrecycled type, to be precise. ‘It takes 24 trees to make just one tonne of paper’, he tells us, ‘so in the UK we use a woodland the size of Wales every year. If Brits recycled just 10% more paper it would save approximately five million trees each year.’

The figures are staggering, but if you’ve ever tried to source recycled paper in the bright colours and jolly designs befitting a gift-giving occasion, you’ll know it’s not easy – especially on the high street. No matter what you wrap, those rolls of brown paper will make it look like a cheap bottle of plonk from the offie.

In 2011, Tracy Umney and Annie Cullen took matters into their own hands: convinced it was possible to create gift wrap that was both beautiful and eco-friendly, they created some fabulous designs, found a printer who shared their beliefs and, before they knew it, Re-wrapped was born. The business filled a gap in the market for attractive wrapping paper made using recycled, unbleached paper and environmentally friendly vegetable inks.

The impact of switching to recycled paper is huge: 70% less energy is required to recycle and reuse paper compared with making it from raw materials. To be more specific, each tonne of recycled paper saves 17 trees, 380 gallons of oil, three cubic meters of landfill space, 4,000kW of energy and 7,000 gallons of water.

In 2016 both Tracy and Annie decided they needed to concentrate on family and other personal commitments, and hoped new owners would be able to grow their ethical business.

‘I had watched Re-wrapped come into existence when Tracy first had the idea and loved what she was trying to do’, says David Izzard, Re-wrapped’s new owner and director. ‘Daniel Lazaro (my creative director) and I stepped in and suggested buying the company from them. We set about putting a deal together and were able to buy the business in July last year.’

Click here to find out why Re-wrapped’s ethical gift wrap is a MyGreenPod.com Hero

The last six months under new ownership have brought some exciting developments; David and Daniel have more than doubled the number of designs available, and you can now get fun and eco-friendly gift wrap featuring everything from tents to tomatoes and lapwings to London.

David wants all aspects of the business to be environmentally friendly; as well as only using recycled paper and card printed with vegetable-based inks, Re-wrapped’s operations are powered by a green energy supplier and 5% of all profits go to non-profits and charities.

But David feels a separate part of his role is to increase awareness of the damage that something as simple as wrapping paper does to our environment. Most wrapping paper contains plastic laminates, glitter, metal and other additives, meaning that 70% of it can’t be recycled. Considering we use enough wrapping paper to reach the moon between Christmas Day and Boxing Day, that’s a whole lot of waste. In fact, the amount of paper sent to landfill each year would fill 103,000 doubledecker buses.

‘Councils are waking up to the huge problem this presents’, David says, ‘because tonnes and tonnes of paper end up in landfill. Some are charging a levy to dispose of wrapping paper and others have banned wrapping paper from rubbish collections during the festive period.’

David wants Re-wrapped ‘to get people to stop for just a second and think about the impact their lifestyle is having on our planet’ – though he acknowledges ‘the only way to change the outcome is for individuals to make an effort.’ Just like the termites, mass collective action could have a huge impact on our environment – but it doesn’t need to be one of destruction.