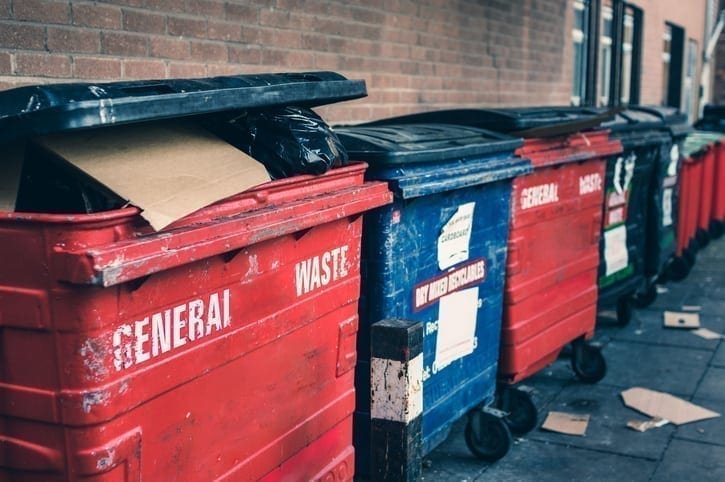 The trade bodies, which represent brands including Sainsbury’s, Tesco, Coca-Cola and McDonalds, urged environment minister Therese Coffey to oppose the EU rules despite Brexit, according to letters from September 2016 and February 2017 that have been released under the Freedom of Information Act (FOIA).

The trade bodies also wrote they were ‘unanimous’ in their opposition to deposit return schemes, in which customers pay a small amount for bottles and cans, which is returned when they recycle them.

‘We’re living in an enormous uncontrolled experiment to find out what hundreds of millions of tonnes of plastic pollution will do to our oceans, our seafood, and the people who eat it. The plastic already there isn’t going to go away, instead it’s ending up on our dinner plates, in our drinking water and in our sea salt. We urgently need to get control of this problem, and the experience of other countries shows that Deposit Return Schemes for single use plastic bottles – the most common litter on beaches and the ocean’s surface – can be popular and effective.’

Packaging and recycling are under increased scrutiny over concerns about the scale of plastic pollution in the oceans, but the UK’s recycling rates are flagging.

Last year they fell slightly for the first time, and experts warn there is a risk of missing the EU’s target of recycling 50% of waste by 2020.

Under existing EU rules, companies pay towards recycling or disposing of the packaging they put on the market through extended producer responsibility (EPR) schemes.

The UK runs a complex, market-based scheme in which companies pay a fraction of the costs they face in France or Germany, with taxpayers footing most of the bill for collecting and recycling packaging.

Current system ‘not fit for purpose’

Jakob Rindegren, policy advisor of the Environmental Services Association, told Unearthed the current system is ‘not fit for purpose to achieve higher packaging recycling targets beyond 2020.’

The European Commission proposals would pass more of the costs of managing packaging waste onto the companies that produce the goods.

But the associations argued this would massively increase their costs with ‘no net environmental benefit’. Coffey later said in Brussels the rules should be ‘guidance only’.

‘The packaging industry will come up with endless excuses for why any policy which involves them taking more responsibility for the problems their products cause won’t work, but their letters to DEFRA show their real reasoning quite clearly. They’re getting away with passing their costs onto the taxpayer, and they don’t want that to change.’

Coca-Cola, a member of three of the associations, reversed its initial opposition to the measures in February. A spokeswoman said, ‘Whilst we are a member of many trade bodies, these organisations have to reflect the view of their many members and we are aware our view on DRS is different to that of others in the industry.’

Deposit return schemes are gaining momentum as an idea: Michael Gove announced in October he will consider introducing a Britain-wide deposit return scheme, a month after Nicola Sturgeon announced Scotland would go ahead with one. The Welsh government has said it may introduce a scheme ‘as early as next year’.

Click here to find out which brands and companies are the worst offenders for plastic pollution.