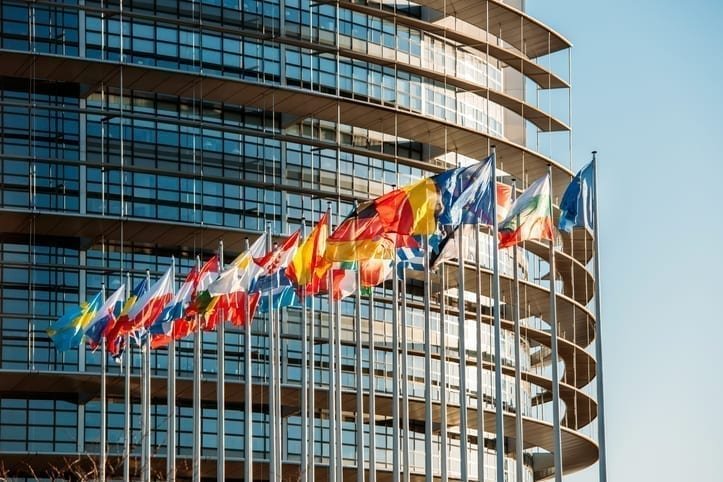 Recent research, that details the devastating effects of animal agriculture on our planet and the environment, has spurred 40 Members of European Parliament (MEPs) to declare their support for the Million Dollar Vegan campaign – including UK MEPs Catherine Bearder and John Flack.

The campaign is asking members of the public to try a vegan diet for Lent, in an effort to raise awareness and take action against climate change. Coordinated by German MEP Stefan Eck, the statement has been signed by MEPs from 17 countries across the EU, and from seven of the eight European parliamentary groups.

Million Dollar Vegan has recently made headlines all over the world by offering $1 million to a charity of Pope Francis’s choice, if he decides to try vegan for Lent.

The face of the campaign is 12-year-old Genesis Butler, who contacted the Pope in an open letter backed by scientists and celebrities such as Paul McCartney, Woody Harrelson, Moby and Chris Packham, and also visited the Vatican.

The campaign is encouraging people all over the world to take the pledge and reduce their CO2 emissions by choosing a plant-based diet for the period of Lent.

Removing animal products from our diets is the single most effective thing we can do as individuals to reduce our impact on the planet. Each person that choses to participate in the Million Dollar Vegan pledge will save emissions equivalent to that of a flight from London to Berlin, according to Oxford University researcher Joseph Poore.

MEP Stefan Eck, who has been coordinating this joint statement together with Million Dollar Vegan, said: ‘In order to at least somewhat mitigate the climate catastrophe ahead of us, we must use every opportunity to reduce emissions that are harmful to the climate. This also means that we must change our diet. Million Dollar Vegan is doing a fantastic job of raising awareness about this important issue. I sincerely hope that hundreds of thousands of people will join this campaign and chose a vegan diet, not just for the protection of our planet, but also for the animals, and for a more just and safe food system.’

The supporting Members of the European Parliament come from different parliamentary parties and countries, but are united in their mission to speak out against climate change.

The statement reads: ‘We, the undersigned Members of the European Parliament, express our concern about the danger of climate change and environmental destruction. We therefore support Million Dollar Vegan and Genesis Butler’s attempts to raise awareness for this issue and fight climate change with diet change.’

The parliamentarians support the idea of choosing Lent, which starts on 06 March, as a timely period to give a plant-based diet a chance.

‘Abstaining from animal products for the 40-day period of Lent, or for any other occasion, makes a difference for the planet and the footprint we each leave on the Earth’, the statement continues.

Million Dollar Vegan has produced a Vegan Starter Kit – written in multiple languages and with country-specific content – which is available to download for free at MillionDollarVegan.com.

It contains helpful information about following a vegan diet, including nutrition advice, recipe sites, vegan products, inspiring books and films, and the best places to eat out. Since the campaign launched on 06 February, thousands of people have already downloaded the Starter Kit to learn more about a plant-based diet.

Click here to find out more about the campaign calling on Pope Francis to try vegan for Lent.