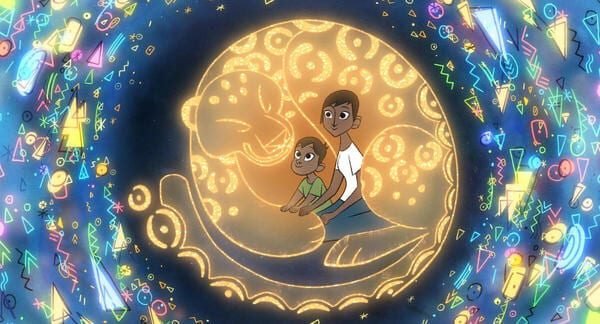 Greenpeace has teamed up with the star of Netflix hit Narcos for the sequel to its viral sensation Rang-tan, to denounce the role of industrial meat in forest destruction.

Brazilian actor Wagner Moura, who plays drug lord Pablo Escobar in the popular series, narrates a powerful short film highlighting the devastating impact industrial meat production is having on forests like the Amazon.

The release comes as a new analysis by Greenpeace UK of the latest fire data from Brazil’s National Institute for Space Research suggests that an area almost equivalent to the size of the UK has burned across Brazil so far this year.

There’s a Monster in my Kitchen tells the story of a young boy who learns of the heartbreaking reality of rampant deforestation in places like the Amazon from Jag-wah the jaguar.

With Jag-wah the young boy explores how the industrially produced meat in our kitchens is fuelling the clearance of precious forests and vows to mobilise people to fight the monsters.

The video has been made by creative agency Mother and produced by four time Oscar nominated studio Cartoon Saloon. It is being supported by Meat Free Monday, the campaign launched by Paul, Mary and Stella McCartney which aims to raise awareness of the detrimental environmental impact of animal agriculture.

‘The world’s forests are truly irreplaceable. They’re home to Indigenous Peoples, amazing wildlife and are vital in our fight against the climate crisis. But, as Greenpeace’s ‘Monster’ animation so powerfully shows, these forests are being cleared at a shocking rate to farm more industrial meat and dairy. This is why reducing our meat is so important. But that alone isn’t enough. To solve this problem, we need supermarkets and fast food restaurants to clean up their supply chains and make the switch to less destructive, plant-based alternatives. Our forests – and all our futures – depend on it.’

Last year’s Amazon fires caught the media’s attention but the 2020 fire season has seen new records set across the board.

Across Brazil, 226,485km2 of land has burned up until the end of September, an area almost equivalent to the size of the UK.

The Amazon has seen the worst fire season in a decade and it has been the worst ever recorded in the world’s largest wetlands, the Pantanal.

All this, despite a supposed ‘ban on fires’ set by President Jair Bolsonaro in July.

‘There are few more incredible and precious places on Earth than rainforests like the Amazon. Yet many don’t know that the meat and dairy products sitting in our refrigerators could be responsible for the fires and chainsaws devastating the Amazon and other vital forests. Monster meat companies continue to clear forests at an astonishing rate, all to produce the meat in our kitchens. We need to take action before it’s too late.

‘I’m so pleased to be working on this crucially important film with Greenpeace. This fight has never been more urgent. Together we can stand against the industrial meat companies razing our precious forests. I hope this film inspires many more to join our mission to protect forests.’

Meat is the single biggest driver of deforestation worldwide, with the push for space to produce beef and animal feed crops like soya being a key reason for clearances in the South American forests.

This destruction is catastrophic for Indigenous Peoples who often face violence as ranchers and illegal loggers seek to take their land.

It is also hugely harmful to forest wildlife – the Pantanal fires have put at least 600 jaguars in danger, out of an estimated population of 2,000 in the region – and for the fight against climate breakdown.

‘This film shows powerfully just why our future depends on eating less meat and dairy. Scientists are telling us that in fewer than 20 years the Amazon could collapse. This is being driven by the actions of industrial-scale meat companies.

‘We need urgent action now. These forests are incredibly important, for the Indigenous Peoples who call them home, for their unique wildlife and for the health of our planet. To protect forests it’s time to turn away from industrial meat. Supermarkets and fast food companies who sell huge amounts of industrially produced meat must face up to their impact – drop forest destroyers and commit to replacing half their meat with healthy plant-based options by 2025.’

In 2018 Greenpeace UK’s Rang Tan, shot to international fame when it was banned from UK TV screens after being deemed too political by the UK’s advertising approval agency. The viral hit explored the impacts of palm oil on the Indonesian rainforests.