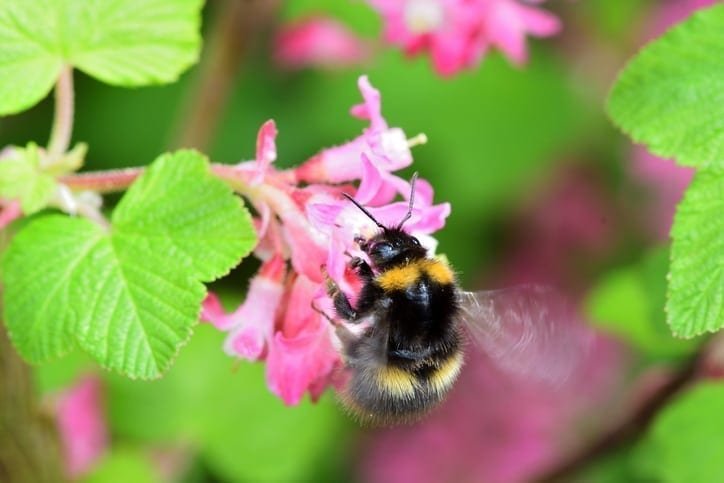 The revolution that has the power to save our dwindling wildlife

The plight of Britain’s wildlife is making the headlines. Whether it’s the staggering decline of farmland birds, that have crashed by over 50% since 1970, or the threat of extinction facing one in five British mammals, including the cherished red squirrel, there is mounting evidence of the alarming decline of our precious natural world.

Sadly, the demise of our wildlife isn’t a new phenomenon. And despite growing scientific evidence of the threat to our natural world, many native species remain in sharp decline. Waiting any longer is not an option: we need to take action against these declines today.

Farming with Nature in mind

Our wildlife faces numerous pressures, from habitat loss to disease. But an issue historically less reported is the influence of more intensive farming methods.

A primary influence from farming is the use of pesticides. The evidence of the harm of pesticides to insects, including vital pollinators, is undeniable. Yet research shows that the number of different pesticides applied to individual crops is increasing. Our wildlife is being destroyed literally from the ground up.

Saving our wildlife also starts from the ground up. By changing the way we farm – using fewer pesticides, restoring our soils, re-establishing hedgerows and wildflower meadows – we can build a foundation that supports our wildlife, and allows the flora and fauna that define our view of the British countryside to thrive.

We have an opportunity to make this happen. You probably know the Soil Association as a certifier of organic food, but you might not know it’s also a charity that’s doing amazing things. It works with people throughout the food chain – including farmers, retailers and government – to find solutions to the problems facing our natural world. It campaigns for a food and farming system that works with Nature, not against it – and for promotion of farming methods that are inherently wildlife friendly, like organic.

We can all play our part

But to do this, The Soil Association relies on public support. It was public support that recently achieved a full outdoor-use ban on the three worst bee-harming neonicotinoid pesticides. Public support will also help to make sure banning neonics is only the start of a Nature-friendly approach to farming, and that they are not simply replaced with an alternative. We can help farmers step off the pesticide treadmill entirely.

Together we can make bold, ambitious steps towards a farming future where wildlife can thrive. Flourishing fields and hedgerows can once again be havens – not hazards – for bees, birds and other wildlife. And we can ensure future generations enjoy a rich and diverse natural world.

Be part of the solution: support wildlife-friendly farming with the Soil Association and help Nature to thrive. The plight of our wildlife is too important to wait.

Click here to help save wildlife by joining the Soil Association.