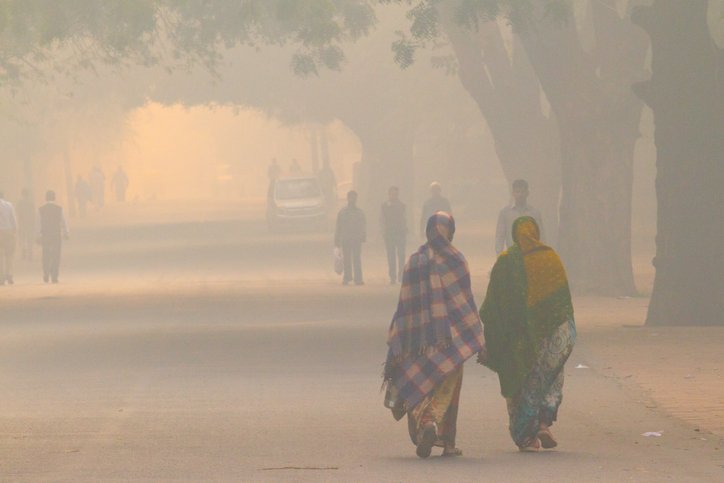 A record number of over 6,000 cities in 117 countries are now monitoring air quality, but the people living in them are still breathing unhealthy levels of fine particulate matter and nitrogen dioxide, with people in low- and middle-income countries suffering the highest exposures.

The findings have prompted the World Health Organization (WHO) to highlight the importance of curbing fossil fuel use and taking other tangible steps to reduce air pollution levels.

They have been released in time for World Health Day (07 April), which this year celebrates the theme Our planet, our health.

The goal of World Health Day 2022 is to focus global attention on urgent actions needed to keep humans and the planet healthy and foster a movement to create societies focused on wellbeing. WHO estimates that more than 13 million deaths around the world each year are due to avoidable environmental causes.

The 2022 update of the WHO’s air quality database introduces, for the first time, ground measurements of annual mean concentrations of nitrogen dioxide (NO2), a common urban pollutant and precursor of particulate matter and ozone.

It also includes measurements of particulate matter with diameters equal or smaller than 10 μm (PM10) or 2.5 μm (PM2.5). Both groups of pollutants originate mainly from human activities related to fossil fuel combustion.

The new air quality database is the most extensive yet in its coverage of air pollution exposure on the ground. Some 2,000 more cities or ‘human settlements’ are now recording ground monitoring data for particulate matter, PM10 and/or PM2.5 since the last update. This marks an almost six-fold rise in reporting since the database was launched in 2011.

At the same time, the evidence base for the damage air pollution does to the human body has been growing rapidly and points to significant harm caused by even low levels of many air pollutants.

Particulate matter, especially PM2.5, is capable of penetrating deep into the lungs and entering the bloodstream, causing cardiovascular, cerebrovascular (stroke) and respiratory impacts. There is emerging evidence that particulate matter impacts other organs and causes other diseases as well.

NO2 is associated with respiratory diseases, particularly asthma, leading to respiratory symptoms (such as coughing, wheezing or difficulty breathing), hospital admissions and visits to emergency rooms

WHO last year revised its Air Quality Guidelines, making them more stringent in an effort to help countries better evaluate the healthiness of their own air.

‘Current energy concerns highlight the importance of speeding up the transition to cleaner, healthier energy systems. High fossil fuel prices, energy security, and the urgency of addressing the twin health challenges of air pollution and climate change, underscore the pressing need to move faster towards a world that is much less dependent on fossil fuels.’

In the 117 countries monitoring air quality, the air in 17% of cities in high-income countries falls below the WHO’s Air Quality Guidelines for PM2.5 or PM10. In low- and middle-income countries, air quality in less than 1% of the cities complies with WHO recommended thresholds.

About 4,000 cities or human settlements in 74 countries collect NO2 data at ground level. Aggregated, their measurements show that only 23% of people in these places breathe annual average concentrations of NO2 that meet levels in the recently updated version of WHO’s Air Quality Guidelines.

‘After surviving a pandemic, it is unacceptable to still have 7 million preventable deaths and countless preventable lost years of good health due to air pollution. That’s what we’re saying when we look at the mountain of air pollution data, evidence, and solutions available. Yet too many investments are still being sunk into a polluted environment rather than in clean, healthy air,.’

People living in lower and middle-income countries are the most exposed to air pollution. They are also the least covered in terms of air quality measurement — but the situation is improving.

Europe and, to some extent, North America, remain the regions with the most comprehensive data on air quality.

In many low- and middle-income countries, while PM2.5 measurements are still not available, there have been large improvements for measurements between the last database update in 2018 and this one, with an additional 1,500 human settlements in these countries monitoring air quality.

Last year, the WHO responded by revising its Air Quality Guidelines to reflect the evidence, making them more stringent, especially for PM and NO2, a move strongly supported by the health community, medical associations and patient organisations.

The aim of the 2022 database is to monitor the state of the world’s air and feed into progress tracking of the Sustainable Development Goals.