Plastics in the pandemic 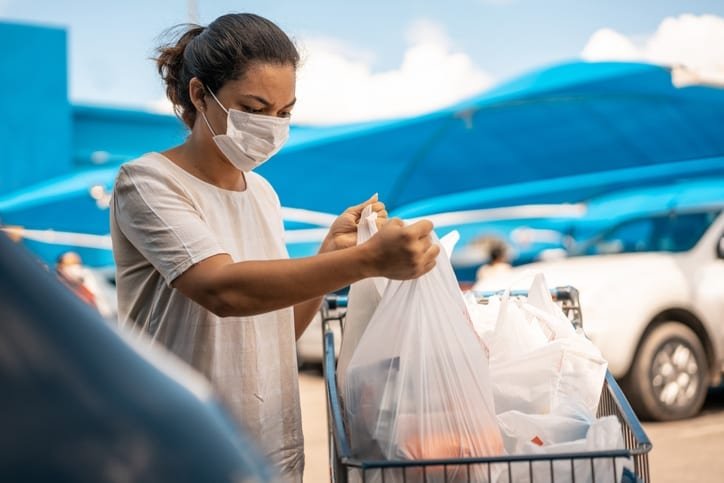 More than 20 top experts have issued a stark warning to the government over industry attempts to block new laws on plastic pollution.

Writing in an open letter published today (21 April), scientists, campaigners and politicians expressed concerns about ill-founded faith in plastic as a weapon against coronavirus.

‘As the world rushes to deal with the worst pandemic for generations, corporate lobbyists are using public anxiety about Covid-19 to promote their business agenda’, the letter reads.

‘Ceding to their demands risks further prolonging the exposure of some of the world’s most vulnerable people to the effects of crises like climate change and plastic pollution.’

The letter, coordinated by the Plastic Health Coalition, has been signed by a host of scientific experts including Dr Susan Shaw, founder & executive director of the Shaw Institute; Professor Sascha Hooker at the University of St Andrews and Professor Julia Stegemann from University College London.

Politicians that have signed the letter include Baroness Lister of Burtersett, Lord Hayward, Baroness Jolly, and Lord Loomba CBE.

Campaigners including including broadcaster Liz Bonnin have also backed the letter.

The industry group alleged that single-use plastics represent the ‘safest choice’ during a virus outbreak.

But in March, a study published in the New England Journal of Medicine revealed that Covid-19 can remain infectious on plastic for some two or three days, compared with a day or less on cardboard, cloth or wood.

Research published in the Netherlands last year revealed too that contact with microplastics may compromise the human immune system.

An excuse to delay legislation?

Now campaigners are worried coronavirus is being used as an excuse to delay much-needed legislation on plastic.

Last week Defra announced it is to delay the upcoming ban on plastic straws, stirrers and cotton buds until October.

Writing in the letter A Plastic Planet co-founder Sian Sutherland said: ‘Only a rigid adherence to the best available science will see mankind overcome Covid-19.

‘Now more than ever before world leaders must employ the same cool hard logic when it comes to protecting the environment from some of the worst excesses of big business.’

Maria Westerbos, founder of the Plastic Soup Foundation, added: ‘We should all listen to the science of plastic.’