New digital service lets you see the pollution you breathe 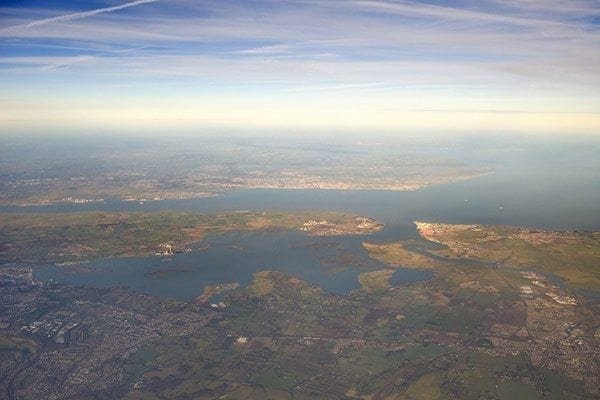 A new free digital service reveals postcode-specific pollution in the outdoor air, highlighting the hazards in the air we breathe every day.

The ‘Air View’ service provides a 360° street view of any address you enter – whether a home address in London, Cardiff or Edinburgh, your favourite square in Paris or even Times Square in New York. The street view image is overlaid with information about the air quality, providing a local Air Quality Index and revealing which particles and gases are flying through the air.

Air View allows users to walk about with their mobile phone to see pollutants in real-time around them. The user can then click on various air pollutants to learn more about compounds such as sulfur dioxide, pollen and ozone, and learn how they affect their health.

Air pollution, which costs an estimated £27.5bn every year, causes more than 40,000 early deaths a year in the UK. The European Environment Agency’s 2016 report revealed that the UK is second only to Italy in Europe for the highest number of annual deaths from nitrogen dioxide (NO2), a toxic gas mostly caused by diesel vehicles.

The UK has been in breach of EU limits on NO2 since 2010, with the major air pollutant blamed for 11,940 premature deaths in 2013 alone. As a result, the High Court has ordered the UK environment department to deliver an effective plan to tackle the country’s air pollution crisis by July 2017.

Mayor of London Sadiq Khan issued air pollution warnings at bus stops, tube stations and roadsides last month to alert millions of Londoners that they are in danger of breathing in toxic fumes.

Marylebone Road has recorded the highest annual mean levels of the pollutant, at more than double the legal EU limit, whilst Putney High Street breached the limit over 1,100 times in 2016. Illegal levels of air pollution cause 9,500 early deaths a year in London according to a study by researchers at King’s College London.

Air View uses data from monitoring stations all over the world, and the measured results are continuously updated. The service provides information from the nearest station on the levels of various air pollutants, and evaluates the quality of the air in a particular area. The street view of the service is generated by Google Street View.

‘Most people are unaware we breathe large amounts of harmful particles daily. In big cities and along routes with high traffic, high levels of substances such as nitrogen oxides can accumulate, which in the long run may create respiratory problems. We want to draw attention to what we and our children actually breathe every day in the hope we contribute to help more people take initiatives for cleaner air.’

Heart disease and lung conditions are most commonly linked to inhaling air pollution, but the liver, spleen, central nervous system, brain and even reproductive system can also be damaged. Children, the elderly and people with allergies are particularly vulnerable.

Click here to use Air View and see what’s in the air you breathe.