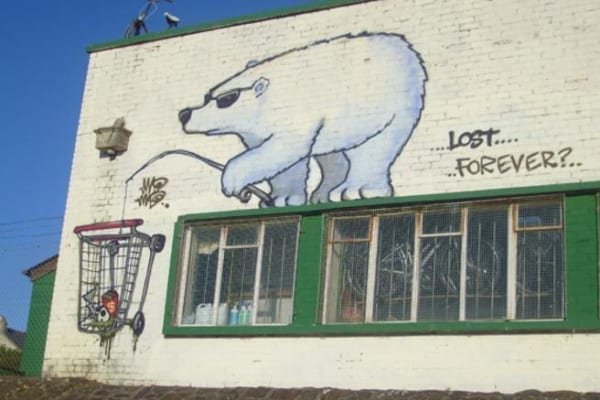 Portraits from the Precipice

Octopus Energy and Artfinder have announced the ‘Portraits from the Precipice’ project, which will use art to raise awareness of climate change in the run-up to the UN’s COP26 summit in Glasgow next year.

Artwork from all over the world will be submitted to the world’s biggest outdoor art exhibition, as artists respond to the brief: ‘What climate change means to you’.

The exhibition, which launches in November 2019, will feature in train stations, tubes and public places across London, representing a public display of support for action against climate change.

The work will paint the town green using outdoor billboards, and proceeds from art sales on Artfinder will go to renewable energy charities.

The project will end with the first annual climate change Art Prize, which will award £10,000 as a first prize to the best entry.

Octopus Energy launched to the public in April 2016. It supplies 100% renewable electricity and gas to almost 1.3 million homes in the UK, Germany and Australia.

It is the only Which? Recommended energy supplier, for two years in a row, and has been named the company which has done the most to advance renewables in Britain. It was also voted the UK’s best company to work for.

Greg Jackson, CEO of Octopus Energy, said: ‘We’re offering the chance for artwork to be created, published and sold for the benefit of the climate. Our upcoming collaboration with Artfinder is a new way of helping more people really think about the climate crisis. Art has always been a key vehicle to visualise difficult topics, and no topic is more difficult than the ongoing destruction of our planet.’

‘We want to create a world where art benefits everyone. That’s why we’re honoured to partner with Octopus Energy on this very important project. We’re bringing the power of art and our artists to advance the climate change debate and drive real action. With art’s unique ability to change perceptions we hope to convince more of us to take steps, however small, to start changing the tide on this issue and avert a genuine threat to our fragile ecosystem.’

Artfinder, the art marketplace, is helping to make art accessible, affordable and a viable career for artists.

The site is growing fast, currently connecting 600,000 subscribers around the world with 11,000 artists and galleries internationally and 500,000+ artworks in categories including painting, printmaking, photography, sculpture, drawing and collage.

Click here to read our article about how Octopus Energy is helping to tackle climate change.