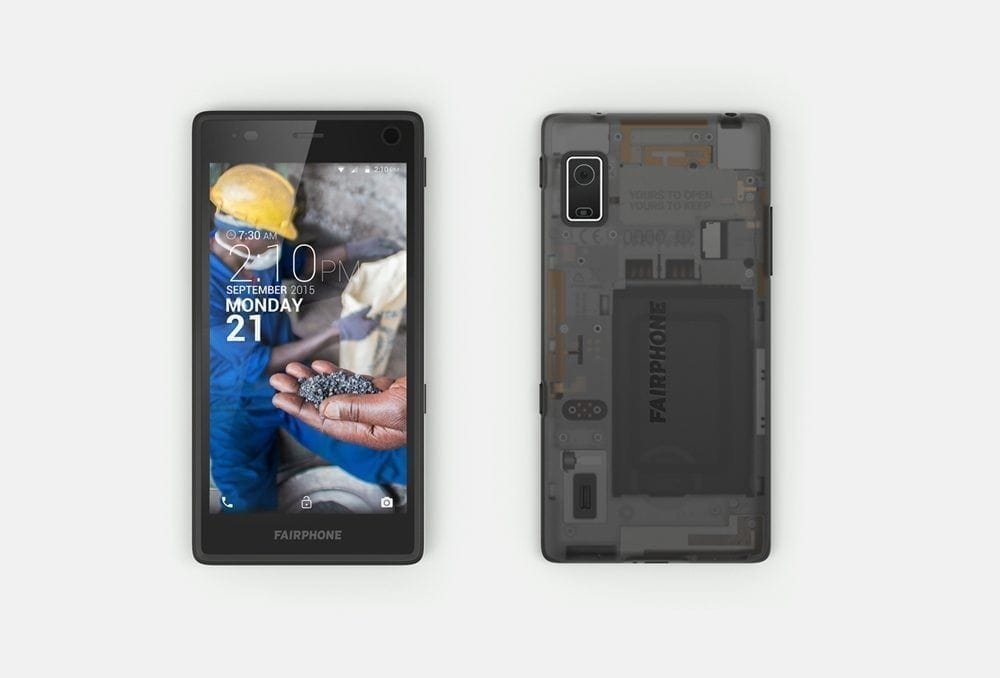 The Fairphone 2 is now available in Fairphone’s online shop. Customers can pre-order the latest Fairphone to show their support for the company’s mission to create a fairer electronics supply chain and help finance the initial phases of Fairphone 2 production.

Modular design to open and repair

Fairphone has been a community-backed organisation from the start. Thanks to the support of the first 60,000 Fairphone buyers, the company has been able to start making a positive impact across the consumer electronics value chain in mining, design, manufacturing and life cycle. The company has also been able to grow without relying on external investment.

Like the previous phone, the Fairphone 2 will be sold using a pre-order model to help the company maintain its independence and finance production, while investing in projects that influence a more responsible supply chain.

This time, the company aims to sell 15,000 phones by the end of September in order to source materials for the assembly of the first phones and to show suppliers there is a consumer demand for continuous production.

First backers who purchase a phone before the end of September will receive a special edition phone.

The Fairphone 2, which will only be available in Europe in 2015, can be pre-ordered for €525, including 20% VAT. Based on the current production and development schedule, the first 15,000 phones are expected to be delivered from November. In the coming weeks, Fairphone will publish a cost breakdown to help potential buyers understand where their money goes if they decide to purchase a Fairphone 2.

To develop the Fairphone 2, the company decided to invest in a proprietary design to take its ambitions for fairness further. This new approach improves Fairphone’s oversight of its supply chain and its ability to build stronger relationships with individual suppliers.

Designing the Fairphone 2 from the inside out also allows the company to integrate its values into the phone itself, focusing on increasing the product’s longevity and sense of ownership among users by employing a game-changing modular architecture.

The Fairphone 2 features innovations designed to extend the useable life of the phone. In addition to a Full HD 5-inch display, Qualcomm® Snapdragon™ 801 platform and dual SIM, the innovative back cover protects the phone without requiring an additional case. Users can easily disassemble the device to repair the most commonly broken parts themselves.

The Fairphone 2 will continue to incorporate initiatives that were started with the first Fairphone, including sourcing conflict-free tin and tantalum from the Democratic Republic of Congo, investing in a second worker-controlled welfare fund with its production partner in China and improving the e-waste recycling program it started in Ghana.

In addition to expanding these existing programs, proceeds from the Fairphone 2 will allow the company to explore and launch new projects that contribute to fairer consumer electronics.

Click here to pre-order the Fairphone 2 on Fairphone’s online shop. Full specs and technical information can be found here.