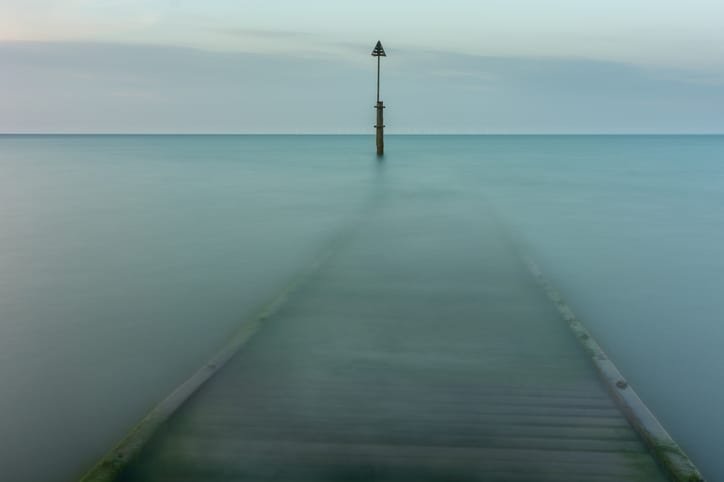 Governments must prepare for sea level rises of 3 metres by 2100, says IMechE

Governments around the world must step up their preparations for a minimum sea level rise of one metre this century and be planning for up to three metres, according to a new report from the Institution of Mechanical Engineers (IMechE).

Rising sea levels present society with a significant shift in one of the most fundamental of baselines – the height of high tide.

This will have huge and direct impacts on coastal communities, who are likely to experience more regular flooding of their homes and businesses. It will also have indirect consequences for the rest of society when critical infrastructure, such as roads, hospitals and power generation is impacted.

Risk to supply of services

Technical, logistical and economic factors mean that much of our infrastructure is located on the coast or on tidal estuaries, including power stations, oil refineries, gas processing plants, pharmaceuticals manufacturing and food processing plants as well as water and wastewater plants.

When coastal flooding happens at these types of facility, the supplies of energy, food, medicines, goods and services are put at risk.

The Sea Levels report finds that even with the knowledge that these facilities are of central importance to economic wellbeing, there is little evidence that owners and operators of these assets, whether in the public or private sector, have awareness of the challenges of future coastal flooding or are making the investment necessary to implement adaptations or build resilience.

The report was prepared by the IMechE to help the engineering community explore its professional response to a sustained multi-metre sea level rise this century and was carried out in collaboration with the Rising Seas Institute.

The report recommends governments around the world should recognise in coastal flooding policy, strategy and investment decisions the emerging evidence base that indicates the possibility of sea level rises this century significantly greater than previously anticipated.

It advises preparing for a minimum of a one-metre rise in sea level this century, but planning for three metres of rise. In this regard, consideration should be given to what measures will be required to address a three-metre rise, and actions taken to ensure an adaptive-ready built environment and infrastructure.

‘There is emerging evidence that sea-levels could rise further and more rapidly than the most recent predictions from the Intergovernmental Panel on Climate Change. In light of this, it is essential that governments and the engineering profession consider this when designing and implementing national policies and strategies for adaptation to future coastal flooding.

‘Engineered structures, devices and systems – particularly larger projects like bridges, roads or rail lines – can often be in service for 50-100 years. When we are thinking about projects this important to businesses and communities worldwide and the potential for how sea-levels might change in that time, the pressing case for changing our thinking and our approach becomes clear.’

DR TIM FOX
Report author and Fellow of the IMechE

It advises setting up industry task forces to work with the Professional Engineering Institutions to better define adaptive approaches to future fluvial, pluvial and sea level related coastal flooding events, for sea level rises up to 3 metres this century.

The IMechE ‘strongly suggests’ the UK Government convenes such a task force to include the UK’s environment agencies, the Health and Safety Executive (HSE), DEFRA, BEIS, MHCLG and industry expert representatives to take ownership of the industrial resilience planning for future sea level induced coastal flooding.

Click here to read our article about why 1bn people are at risk from impacts of rising seas.

Grandparents: born to be wild