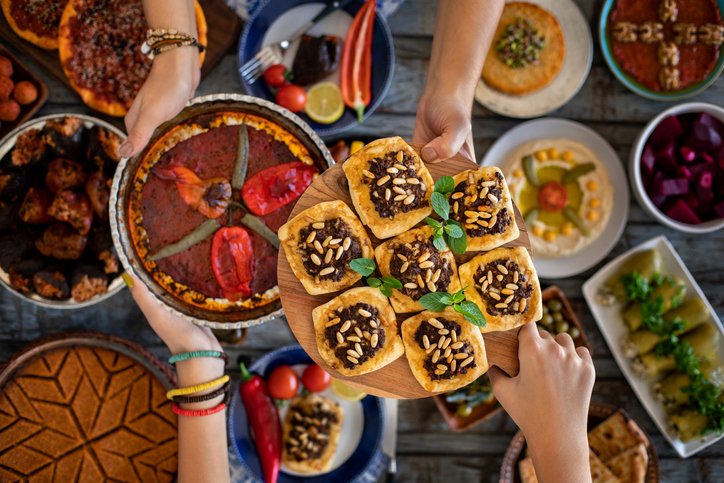 Human Appeal, one of the UK’s fastest-growing NGOs, has published new research highlighting concerns over wasted food and cost-of-living spending in a survey of the UK’s Muslim community.

The research, released to coincide with the start of Ramadan, is supported by food-sharing app OLIO.

It reveals that over three-quarters (77%) of UK Muslims are concerned about wasted food during the fasting month of Ramadan, while over half (54%) have not consumed all the food they prepared during the month-long festival in previous years.

Almost nine in 10 (88%)  British Muslims believe that wasting food doesn’t reflect the true spirit of Ramadan, and close to the same amount (87%) believe that individuals need to take more responsibility to curb wasted food during the period.

With the cost-of-living crisis currently facing the UK, both Human Appeal and OLIO are calling for those celebrating Ramadan to consider sharing food that may otherwise go to waste.

Encouragingly, the study shows that 93% of UK Muslims have previously shared surplus food with neighbours during Ramadan, and while 61% plan to spend less on food this Ramadan, 96% are still willing to share surplus food this year.

Ramadan is commonly referred to as the month of giving mercy and is a particularly charitable time within the Muslim community.

Indeed, over four in five (88%) of those surveyed agreed that wasted food at this time does not reflect the spirit of the month.

‘At a time when we’re facing a cost of living crisis and the climate crisis, it’s more important than ever to recognise that lots of small actions can collectively lead to really big change. That’s why we’re incredibly proud to be supporting Human Appeal’s research into Ramadan and food waste in the UK, and are heartened to hear that at such an important time in the Muslim calendar, the community is open to sharing their spare with their neighbours.’

An easy way to share food that may go to waste this Ramadan is via the free-to-use OLIO app, where surplus food can be given away to neighbours to prevent unnecessary waste.

Users can make spare food items available by uploading an image and description, and these are accessed by browsing listings in local areas and requesting to collect an item.

‘We are encouraged by the willingness of the UK Muslim community to share food, especially when we recall each night this Ramadan that 10% of the world will go to bed hungry, in addition to the economic pressures within the UK increasing.

‘Food sharing services such as OLIO make it easy and quick for those looking to share surplus food with others in their local community, and I’m grateful for OLIO’s support in raising awareness around food sharing during Ramadan.’

The topic of wasted food during Ramadan is not a localised issue. Muslims around the world break their fast each day at sunset with the Iftar, an evening meal where families gather in large numbers at the call to prayer.

Preparations for Iftar often involve buying more food than necessary, ultimately leading to waste. In the Middle East alone, it is estimated that a quarter (25%) of food purchased for Iftar meals goes to waste before being used or consumed.