BY SHARING EXPERIENCES AND NEW APPROACHES, SOME OF THE WORLD’S BIGGEST NAMES IN CONSUMER PRODUCTS ARE CHANGING THE WAY THEY DO BUSINESS In 2010, Walmart committed to sourcing palm oil for the company’s private-label items in a sustainable way. Last year, the company converted 27% of its palm oil usage, and is on track to reach 100% by the end of 2015. Walmart has put its success in this area down to collaboration and education.

Walmart told PQ that there was an incorrect assumption, among both buyers and suppliers, that the process of converting to sustainable palm oil was too complicated and the cost too high. The fact that there was also no road map to follow was another reason to pursue business as usual.

Walmart buyers saw the challenge but didn’t view it as an ‘impediment’; instead, it turned to the supplier community to test potential solutions. In 2013, when Walmart was issuing a request for pricing for the private-label cookie and cracker category, buyers included the use of sustainable palm oil in the request for pricing. There was an understanding that challenges would be explored together in order to determine the feasibility of producing cost-neutral baked goods with sustainable palm. If buyers and suppliers could find a way to make this work, it would have a significant impact: 28% of Walmart’s total use of palm oil in private-label products comes from this category.

Through this collaborative investigation period, buyers and suppliers learned that the perceived barriers didn’t really exist. Together, they developed a phased approach to step in to green palm certificates and then to mass-balance sustainable palm over several years. When spreading the cost per unit for the volume purchased by Walmart, the conversion cost is negligible. This approach enabled Walmart to continue to deliver on its brand promise to save people money so they can live better.

Walmart also realised that it could help demystify the process for suppliers across multiple food categories by sharing these insights. In April, with the support of Conservation International, Walmart hosted a conversion workshop for any supplier that uses palm oil, and distributed a ‘how-to’ manual.

‘We all assumed that our suppliers knew what to do, but most did not — and neither did we, until we did the research’, said Kim Brandner, senior director of private brand sourcing for Walmart. ‘There was a common misnomer that it was extremely difficult and expensive to convert — but, through the cookie and cracker experience, we all realised that it isn’t that difficult or expensive to do.’

One of the three big goals of Unilever’s Sustainable Living Plan (USLP) is to halve the environmental footprint of the manufacture and use of its products — from design to disposal — by 2020.

Unilever is the world’s biggest producer of ice cream and one of the world’s largest buyers of palm oil; it purchases around 1.5 million tonnes — around 3% of the world’s total production — annually, for use in products ranging from ice cream to shampoo. 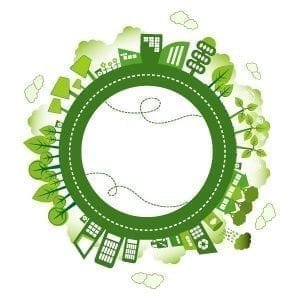 Back in the mid-1990s, Unilever started to develop Good Agricultural Practice Guidelines for palm oil through its Sustainable Agriculture Programme, and has been working towards the sustainable cultivation of palm oil ever since. In 2004 it became a founding member of the Roundtable on Sustainable Palm Oil (RSPO) which, through its 1,000 members, represents over 40% of all palm oil produced in the world.

Unilever achieved its target of sourcing 100% of its palm oil from certified, sustainable sources by 2015 three years ahead of schedule, primarily through the purchase of GreenPalm certificates. In 2012, it pledged to purchase all palm oil sustainably from certified, traceable sources by 2020. While this is a complex task considering the sheer volume of palm oil Unilever buys, the company is on track to meet its goal. It has invested $130 million in a new processing plant in Sei Mangke, Indonesia, which will source palm oil from known and certified sources for use around the world.

In 1996, Unilever implemented a policy to stop buying new CFC-containing equipment and has committed to a non-HFC purchasing policy for all ice cream freezer cabinets by 2005. The first 700 HFC-free cabinets were introduced in Denmark in 2004 and by the end of 2013, 1.5 million had been rolled out (exceeding the target of 850,000 by 2015).

Unilever is a founding member of Refrigerants, Naturally!, a multi-stakeholder group established in 2004 to promote a rapid shift away from the use of HFCs in equipment like ice cream freezers and vending machines. In 2014, Refrigerants, Naturally! members successfully lobbied the European Commission in having damaging HFCs banned from many commonly used types of freezer, with effect from 2022.

At the UN Climate Change Conference in Cancun, Unilever worked with Tesco as co-chair of the team charged with delivering The Consumer Goods Forum’s deforestation and refrigeration pledges. Participating companies agreed to begin phasing out HFC refrigerants from 2015 and to replace them with non-HFC refrigerants.

Nestlé has long sought to lead on climate change, and the goal has shaped its business practices all along the supply chain.

‘Respect is at the heart of Nestlé’, says CEO Paul Bulcke, co-chair of The Consumer Goods Forum. ‘Respect for the society in which the company operates, respect for the environment and respect for future generations.’

In practical terms, Nestlé is continuously making efforts to improve the environmental performance of its operations. Today, it emits half the greenhouse gases per kilo of product it emitted 10 years ago; by 2015, it aims to further reduce direct emissions of greenhouse gases by 35% compared with 2005 levels.

Nestlé also looks to the beginning of its supply chain on environmental issues, helping farmers adapt their practices to the environmental challenges arising from climate change. The NESCAFÉ Plan, the Nestlé Cocoa Plan and Nespresso Ecolaboration have been devised to make the farming of key commodities for Nestlé, like coffee and cocoa, more sustainable – from an economic, social and environmental perspective.

The company also encourages its 400 biggest suppliers to report their greenhouse gas emissions targets though CDP, a not-for-profit organisation which enables companies to measure, disclose and share vital environmental information.

Nestlé’s ambition is to ensure that its products have not led to deforestation. Of the palm oil it uses, 100% is RSPO-certiﬁed and Nestlé has also backed the New York Declaration on Forests, which aims to halt and reverse the loss of forests. The company also supports the CDP initiative, which aims to remove commodity-driven deforestation from all supply chains by 2020.

At the other end of the supply chain, when it comes to keeping products like ice cream and yoghurts cool and safe to eat, Nestlé is also at the forefront. It uses the very latest technologies, such as safe natural refrigerant alternatives for industrial refrigeration installations. The company supports the development and use of safe and efficient natural refrigerant solutions for commercial applications, as well as the phasing out off appliances that use HFCs.

Nestlé has ploughed over £160 million into finding carbon-neutral natural alternatives in 93% of its industrial refrigeration systems. Now all new ice cream chest freezers in Europe use natural refrigerants.

The company is determined to combat food wastage, itself a major source of greenhouse gas emissions, and is co-steering, on behalf of The Consumer Goods Forum, the development of the World Resources Institute Food Loss and Waste Protocol.

These actions contribute to ensuring that Nestlé products are not only ‘tastier and healthier’, but also better for the environment along the entire chain.

Marks & Spencer has been working on its sustainability programme, Plan A, for nearly eight years, and has made substantial progress on the 100 social and environmental commitments it outlines. Still, there are some issues which are so big that only collective action will deliver meaningful change.

For example, M&S knows palm oil and soya sourcing can contribute to deforestation but also that alone, its buying scale isn’t sufficient to challenge and change these industries. By lining up with members of The Consumer Goods Forum, it has been able to send a strong signal to producers that sustainable change is an imperative.

Plan A is M&S’s 100-commitment eco and ethical programme that tackles both today’s and tomorrow’s sustainable retail challenges. Launched in 2007, the plan has helped M&S send no waste to landfill, become carbon-neutral and reuse, recycle or resell over 10 million unwanted garments with Oxfam.

The aim of the plan is to make M&S the world’s most sustainable major retailer, by embedding sustainability into everything it does — from store operations right through to raw material sourcing across the world. However, M&S understands that it can’t and won’t achieve its goals alone, and Plan A has enabled the company to collaborate with NGOs, other businesses and governments across the world to help drive forward the sustainable business agenda.

Collaboration, communication and the sharing of best practice are hallmarks of The Consumer Goods Forum’s work, and the approach helps members, including M&S, find new ways to approach tricky barriers.

One example is the Refrigeration Resolution, which is leading the call to phase out HFCs. Potent greenhouse gases engineers from the world’s largest food companies are able to share learning and experience as they find cost-effective ways of developing, installing and maintaining new low-carbon approaches to refrigeration.

M&S won’t go as far as to say that Plan A alone is inspiring other sustainability leaders, such as Unilever, Nestlé, Mars and Coca-Cola, but the company does like to think that Plan A is ‘another very important corporate commitment’ to building a more sustainable approach to business. This is particularly true in the retail sector, which is characterised by product inventories of tens of thousands of products from a huge array of factories, farms and raw material sources, all of which need to be addressed.

For more information on The Consumer Goods Forum and its Sustainability Pillar, visit theconsumergoodsforum.com.